Prog rock can send a shiver of horror up the spines of those that prefer their grooves heavy, brutal and loud but if its done right and manages to avoid the traps of over-complexity and self-indulgence it can be a thing of true beauty. Gone are those days of overblown stage shows and band members comically dressed in capes and cowls, replaced instead by musicians dressed in denim and t-shirts whose only interest is in the music itself.

Pathos are one such band , the quintet from Minas Gerais, Brazil made many new friends with the release of their 2015 debut "Elixir", prompting Doomed and Stoned's Paul Rote to exclaim "Reminds me of some obscure late seventies masterpiece". It's been a while but the band return this year with a whole new album, "Rapture",  and in keeping with the nature of the music they play it's an album that shows a true level of progression. 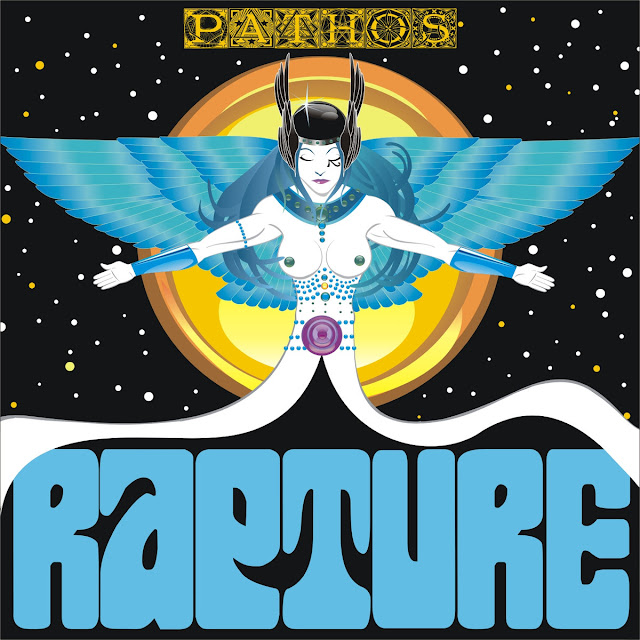 Title track "Rapture" gets the ball rolling, a song with a bluesy, almost funky vibe, Ricardo Marliere's guitar, dialled to warm and fuzzy, adding a stoner rock like slant to the early proceedings. This stoner(ish) vibe is short lived however and around the halfway mark the band take a trip down paths of a more jazz fusion nature with Luiz Henrique Andrès' lush keyboards bringing an almost Steely Dan feel to the party, a feel made even more Steely and Dan-ish courtesy of JP Viera's smooth clean vocal tones which are beautifully framed by Lucas Guida's exquisite booming bass lines and Hugo Moutinho's intricate jazzy percussion. The song takes off again into harder territory's as it nears its conclusion, the band showing that they have lost none of that rockiness that made their debut such a joy to listen to. That "rockiness" of the previous tracks finale flows into next track "Coniunctio", it's growling heavily strident groove, driven by Marliere's equally heavily strident guitar, is enhanced by expertly delivered lyrics that alternate between Portuguese and English. Nothing is a given in "Pathosland" however and the band close out the song with a dance inducing Latin fusion groove that had Desert Psychlist recalling times spent listening to Brazilian artists like Antonio Carlos Jobim, Flora Purim and Azymuth. "Cartel" follows and begins with a quote from philosopher/social critic Noam Chomsky, narrated over a backdrop of swirling Latin-esque prog before segueing into a medium paced, heavy but not brutal, hard progressive rock groove pushed by Marliere's crunching riffs and underpinned by a solid bass and drum performance from Guida and Moutinho, Viera's superb vocals providing the dressing, Andrès keyboards the texture. "Eve's Dropping Apples" blends gentle balladry with prog rock muscle while "I Don't Dream With Gods" shape shifts between being an atmospheric torch song and a no holds barred prog workout. "End of Spring" closes "Rapture" by bringing all the threads weaved on previous songs together in one place with Latin texture, prog complexity and good ol' fashioned bluesy swagger all raising their heads proudly above the parapet. 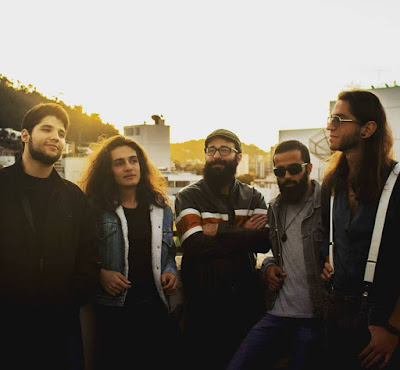 Those who regularly read the pages of Desert Psychlist might now be thinking "Latin Fusion! Steely Dan"! Where are the raucous down tuned riffs, growling bass and pummelling drums?" Well they are there you just have to look a little harder for them but while you are looking you might just find that those Latin textures, prog nuances and jazz colourings Pathos also bring to the table, on "Rapture", are subtly imbedding themselves in your psyche and your foot is involuntary beating out a Latin rhythm.
Check it out ….