South London's Green Lung return this year with not only a revised line-up but also a more expansive and spacious sound. After the release of the excellent "Free The Witch" EP the band, Tom Templar (vocals), Scott Black (guitar), Andrew Cave (bass) and Matt Wiseman (drums), realised in order to fully realise the sounds within their heads an extra component needed to be added to the mix and so the band invited organist John Wright in to add extra weight to their compositions, the results of which can be heard all over the bands latest release "Woodland Rites" (Kozmik Artifactz) 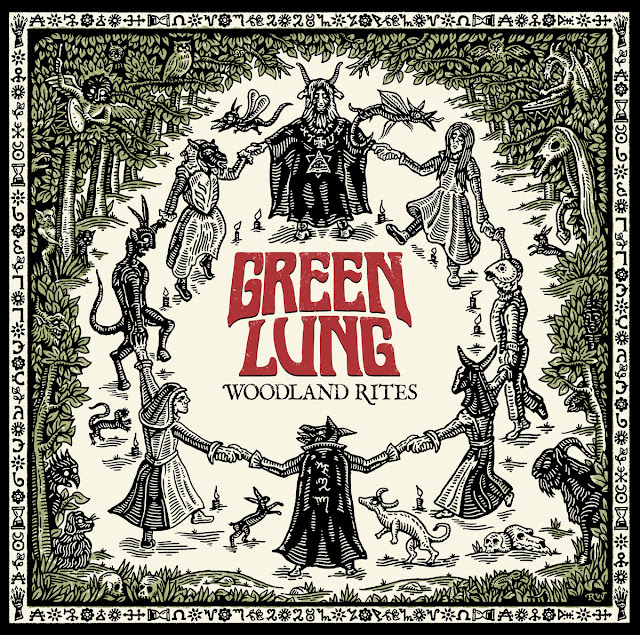 The sound of chirping birds and gently plucked acoustic guitars suddenly exploding into a maelstrom of heavy stonerized instrumental groove is the best way to describe opening track "Initiation", its swirling guitars, growling bass and pummelling drums concluding in a wall of screaming feedback while a short narrative tells us that "witchraft is dead and discredited", Almost immediately we are thrown into next track "Woodland Rites" a song that blends chugging proto-metallic riffage with strong vocal melodies, Templar's voice a perfect blend of sneering grittiness and melodic cleanliness. Next up is "Let The Devil In" and if you thought the title track was something special then this one is going to blow your socks clean into another dimension,. Beginning with a medieval tinted acoustic refrain and another short piece of sampled narrative the song suddenly explodes into a heavy but measured groove that utilises neo-classical and folk motifs to add an extra level of atmospheric occultism to proceedings, add into this equation a superbly executed vocal melody and you start to wonder can this album get any better. Well the answer to that is, it does, and "The Ritual Tree" proves it, a song that balances its heavy doomic bluster with sublime lysergic tenderness courtesy of Black's screaming, wailing  guitar solo's and Wright's swirling textured keys. "Templar Dawn" sees Green Lung exploring stoner doom territory with the vocals taking on a slightly more sinister tone over a thundering backdrop of grizzled bass and powerful percussion, expertly provided by Cave and Wiseman. "Call of the Coven" raises the tempo as well as the temperature while "May Queen" takes the dynamics in the opposite direction having an almost ballad-esque vibe and is blessed by some sterling lead work from Black. "Into The Wild" closes the album, a song that undulates between hazy psychedelics and smouldering occult rock, the song bringing to an end a very impressive debut from a very impressive band. 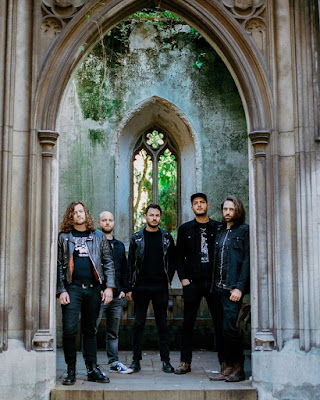 The term "occult rock" is one that causes a bit of confusion, at Desert Psychlist we tend to think of something tagged as "occult rock" as being grooves that although "doomic" are not what you could call full on "doom", grooves that share many of doom's characteristics but lean towards the more melodic and accessible end of the spectrum. Now you may not agree with our definition but whether you do or not does not take away the fact that "Woodland Rites" is a superb album that is both melodic AND accessible.
Check it out ….