"Yn Ol I Annwn" is the third and final phase of Mammoth Weed Wizard Bastard's intergalactic themed three album trilogy and translates from Welsh into English as "Return to the Underworld". The Underworld should then be laying out the blood red carpet and welcoming these sons and daughters of Wrexham with open arms as "Yn Ol I Annwn" (New Heavy Sounds) is not only the conclusion to what has been an amazing trilogy of releases it is also their best album to date. 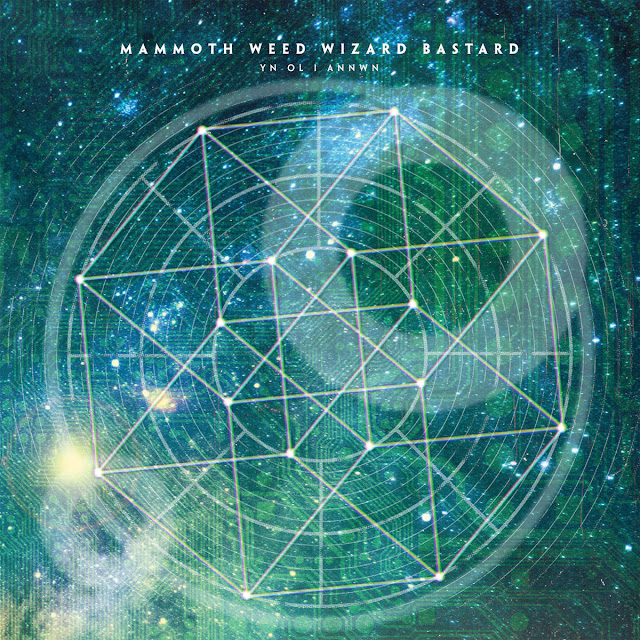 MWWB's previous two releases were, on the whole, well received but there were some (there always are) who criticised the band for hanging around too long on one groove and using relentless repetition and dirge like monotony as tools with which to frame their songs. Well those same people are probably not going to have their minds changed much by "Yn Ol I Annwn" as dirge like grooves and repetitious riffs are still to be found throughout the albums eight songs, however what might draw some of those doubters over to the MWWB camp is the emphasis the band have put on the dynamics of their songs, this time around adding subtle prog-like textures and post-rock colourings to their sonic arsenal. Moog synthesisers are not the most organic of instruments and on past releases MWWB have been a little guilty of giving them a walk on part rather than a lead role, here though they are pushed further to the front and are as much an integral part of each songs make up as the vocals, drums and guitars. The synths, with the occasional help of cello, weave in and out of the gnarly growling riffs and earth shaking rhythms to add an air of cosmic depth and spatial gravitas to proceedings and make for a much more immersive listening experience. Another subtle but effective change comes in the albums vocal execution, Jessica Ball's vocals still work as a counterbalance to the spaced out doomic grooves that surround them but her voice seems a little more confident and a little less fragile and delicate than on the bands previous recordings, her vocals soaring through the maelstrom of doom the band lay beneath her rather than floating above it. 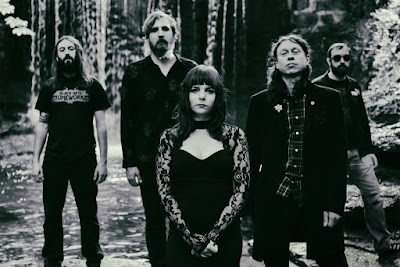 "Yn Ol I Annwn" is a major step in Mammoth Weed Wizard Bastard's evolution, an album from a band who are not only growing in musical confidence and stature but one who are also unafraid to push the boundaries of their chosen musical field just that little further.
Check it out ….