Musical Improvisation (definition) : performance given extempore without planning or preparation.
To put that definition into layman's terms would be to say... music that can go in any direction at any given time, music steered only by the whims and imagination of the musicians executing that music.
Boston, Massachusetts collective Hoogg's third release "Earthling, Go Home" is an album of improvisational music, the band having entered into the studio with no preconceived ideas and in effect just pushed the record button and gone for it! This off the cuff approach can sometimes be risky and fraught with failure but we at Desert Psychlist think Hhoogg's  "Earthling, Go Home" manages to pull off playing the "improv" card without suffering any significant injuries. 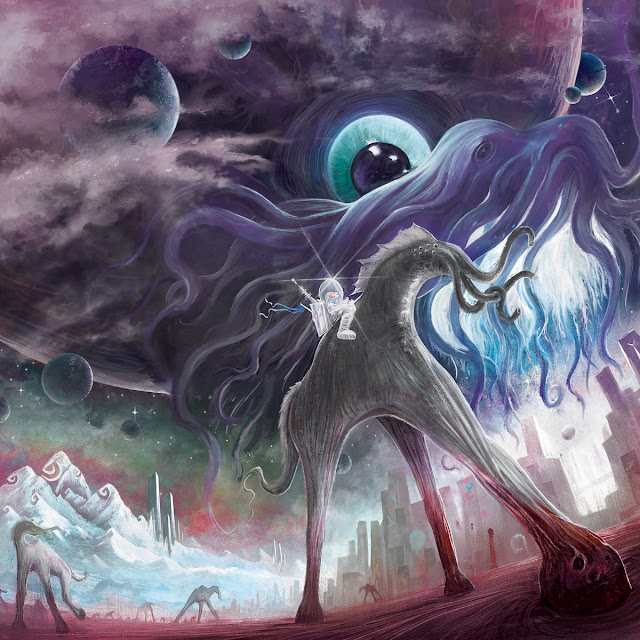 "Space,the final frontier" were the words that introduced each and every episode of TV's original Star Trek franchise and space is the theme running through all seven of this albums jams. Space may have frontiers but the music Hhoogg bring to the party however seems not to have, Hhoog are fearless in their improvisations the band unafraid to go wherever the groove takes them, be that swirling and lysergic, brutal and heavy or serene and ambient. "Earthling, Go Home" is an album drenched in diversity, a place where complex chord progressions can just as suddenly be replaced by crunching powerchords as they can be by intricate jazzy noodling, keyboards that can swoop as much as they can swirl, bass lines that can growl or flow like liquid mercury and percussion that can be as shimmering as it is pummelling. There are no rules here apart from the ones being made up on the spot, the band confusing, confounding their listeners as much as they dazzle and delight them. 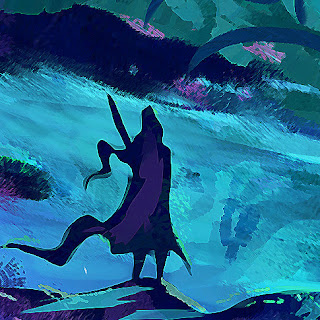 Improvisation is not an exact science, as legendary Norwegian jazz saxophonist Jan Garbarek once said "Sometimes it works, sometimes it fails, but that's what we face when we're dealing with improvisation". "Earthling, Go Home", although a little meandering and wayward in places, works.
Check it out …..