Aggression is something frowned upon in polite society but in music, and especially amongst the  metal community, aggression is something we tend to gravitate towards. Now Desert Psychlist is not suggesting metalheads, doomsters and stoners are people to be avoided due to their aggressive natures or dangerous personalities because that would not be true, we are talking strictly in musical terms here. Hard, fast. loud  and aggressive music has a way of getting the blood flowing, if you've ever witnessed or been part of a mosh-pit at a live metal gig you will totally understand what we mean, the pace, the power and heaviness of the grooves just speaks to something inside us that other music's just can't reach.
Khox, a five piece from Quebec, Canada consisting of Maxime Gelinas (guitars), Francis Beausoleil (guitars), Dzemal Trtak (bass), William Lapointe (vocals, keyboards) and Alexandre Savard (drums). play their grooves with a feral eyed ferocity that could not be described as anything other than aggressive. The band drawn together from members of such notables as Unfallen, Sandveiss and The Aftermath have just released their debut "Motel Sex". 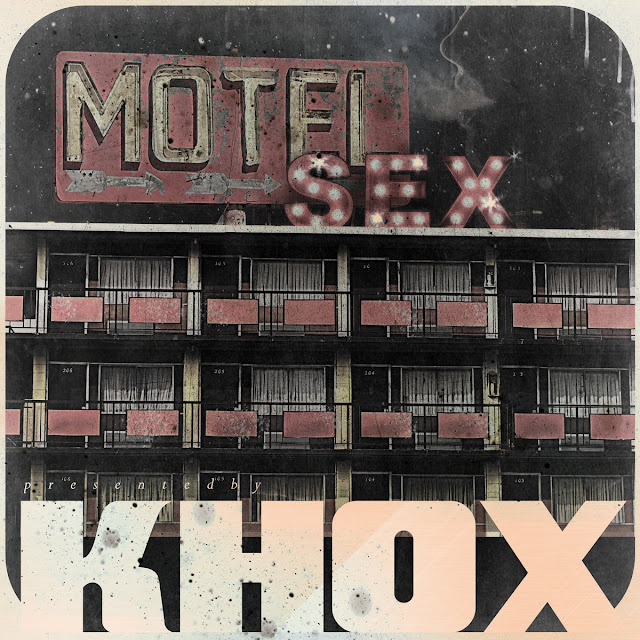 "Snakecharmer" erupts out of the speakers like a fledgling xenomorph bursting out of John Hurt's chest and sets the tone for an album that gives no quarter and takes no prisoners. Hard rocking guitar refrains are the order of the day throughout "Motel Sex" pushed hard by a combination of growling bass and incessant percussion over which wild eyed, throat shredding vocals of furiosity and anger are not so much sang but are spewed out with venom. Subtlety is not something  high on Khox's musical agenda this is a band whose modus operandi is one of attack attack ,attack and they do so with a relish that would make a Viking Berserker shed a blooded tear of pride. If you are coming to this release hoping for moments of serene ambience and elements of trippy lysergic navel gazing then maybe you better look elsewhere as what Khox deliver to the ear canals is a full on assault to the senses, the band crashing through twelve songs that never let up in either their intensity or pace. From the raucous riffage of the aforementioned "Snakecharmer" to the chugging metal groove of final track "Dominatrix" Khox never let the temperature drop a degree below searing, scorching the earth before them with a sound that although may not kill you will leave you with life changing injuries. 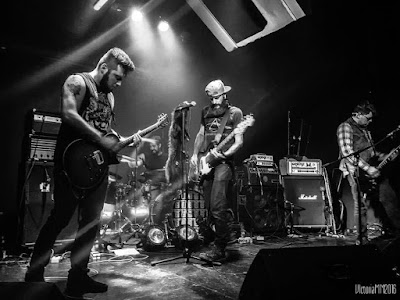 Filthy mouthed, hard, loud and totally unrelenting Khox's "Motel Sex" is everything your mothers warned you against, and for that reason alone you should...
Check it out ….