Anyone who has tuned into music podcast "Shaykcast" will probably already be familiar with Shayk, the band formed by the guys who host the show,(if you have not visited the show then Desert Psychlist suggests you remedy that by checking out the link hidden in the name and go savour one of the most relaxed, funny and informative music podcasts currently being broadcast). Shayk, Scotty Cox (guitar/vocals), Vid Arney (drums/percussion) and Larry Limon Patrick (bass), hail from the South Side of Detroit and channel through their music their cities deep and varied musical heritage of pop, soul, rock and metal,combining all these elements together with a little hot saucy pizzazz to create a sound that has strong urban, inner city vibe, a vibe you can check out for yourselves on their latest release "313" 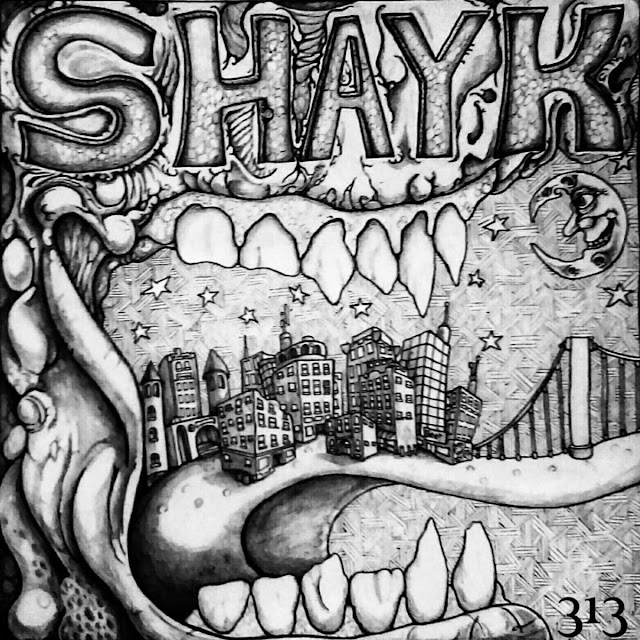 "The Chase" opens "313's" account, a song that is as immediate as it is attention grabbing, a song that sets the tone for the rest of the album and ensures that anyone stumbling on to this album by accident will stick around until the albums last note fades into silence. Soulful, sexy with a funky inner city undercurrent "The Chase" boasts ear catching guitar motifs, chunky funky rhythms and a vocal that's part Barry White, part Clutch's Neil Fallon and part Hughie from Fun Loving Criminals. Title track "313" follows and it would be hard to find a tune more seductive and sexy, its slow to mid tempo groove crawls all over you whispering its message in your ear in sultry gravel edged tones buoyed by searing hot bluesy guitar solo's  And so it goes on with Shayk delivering song after song of soulful stonerized groove delivered with a swaggering street savvy strut and a knowing twinkle in the eye, a band playing sweet funky rock'n'soul for jam kicking mutherfuckers. 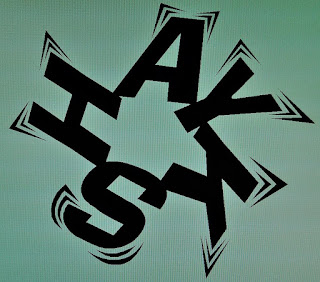 Sexy is not a word we get to use much within the realms of underground rock music so Desert Psychlist apologises if we have tended to overstate the warm seductive elements to be found within Shayk's "313" but damn if there ever was an album to light up a smoke to after then this is it!
Check it out ….

Posted by Desert Psychlist at 03:46