Under describe themselves as an "acid nightmare from Stockport" and there is no getting away from the fact that the UK bands music does have both lysergic and nightmarish qualities, however it is those qualities combined with a heavy dissonant, off-kilter groove that make Under's sonic attack such a joy to immerse oneself in. The band are about to release their second full length album "Stop Being Naïve" (APF Records 26/10 2018) so let's dive in. 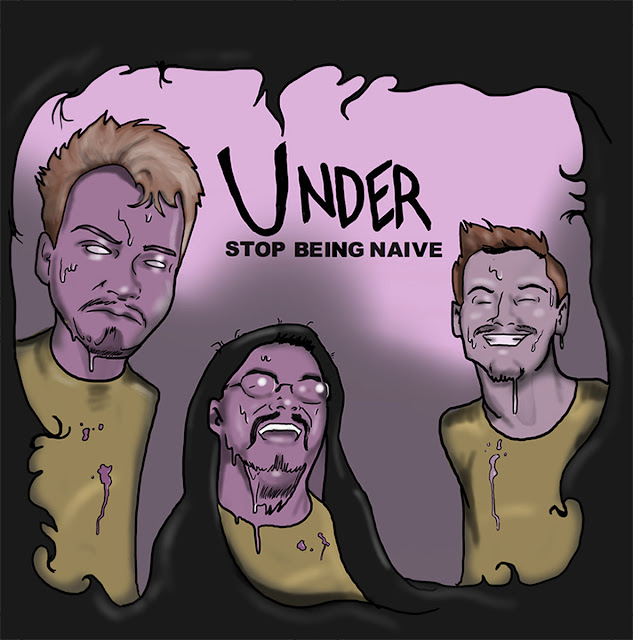 If your expecting an easy listen then Desert Psychlist suggests you look elsewhere, what Under bring to the table is a sound and groove that borders on the edge of, and sometimes spills into, the extremist end of heavy rock music. Earlier, in this reviews intro, we mentioned the word lysergic and that might suggest some sort of trippy, flowery Floydian scenario, the lysergic of "Stop Being Naïve" however is a whole different kettle of fish, here you will find a more angular, dissonant lysergic with jagged edges and rough textures, the sound of a trip getting out of control and turning bad very quickly. It has to be said at this point that the harsher end of rock and metal is not a place where Desert Psychlist spends much of our time, it is no secret that our preference is for melody over mutilation but there is strange disarming beauty to "Stop Being Naïve", its harsh atonality and jarring discordance , in both its grooves and vocal attack, is very hard to ignore and has opened our eyes to a whole new musical territory we have not really explored before and one we are very much impressed by. From the juddering and jagged "Malcontents" through the schizophrenic "Big Joke" to the off-kilter closer "Circadian Driftwood" Under take you on a journey through a series of nightmarish scenarios that will leave you shaken and stirred, never to be the same again. 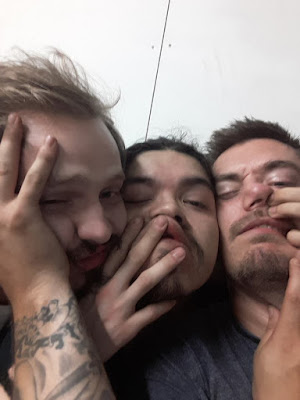 At times cacophonous and chaotic Under's "Stop Being Naïve" is nonetheless well worth putting in a little effort with, sometimes you need the nightmares to appreciate the dreams.
Check it out ….

Posted by Desert Psychlist at 11:02