The sudden death of a band member can go one of three ways, the band can go the AC/DC route and carry on almost seamlessly, they can dissolve into some sort of semi retirement like Queen and Led Zeppelin or they can take some time out to lick their wounds, contemplate their loss and consider their future. The third option was the one of choice for LA's Moab when faced with the death of their drummer and founding member Erik Herzog midway through the recording of their third album. Such was their shock and sadness that the band did consider calling it a day but were talked out of it by family and friends who didn't want the late drummers hard work to disappear into the ether, preferring instead for the album to be finished, not only as a tribute to his memory but also as celebration of his life. Remaining members Andrew Giacumakis (guitar/vocals) and Joe Fuentes (bass) agreed and that third  album " Trough" will now finally see the light of day (Falling Dome Records, October 19, 2018). 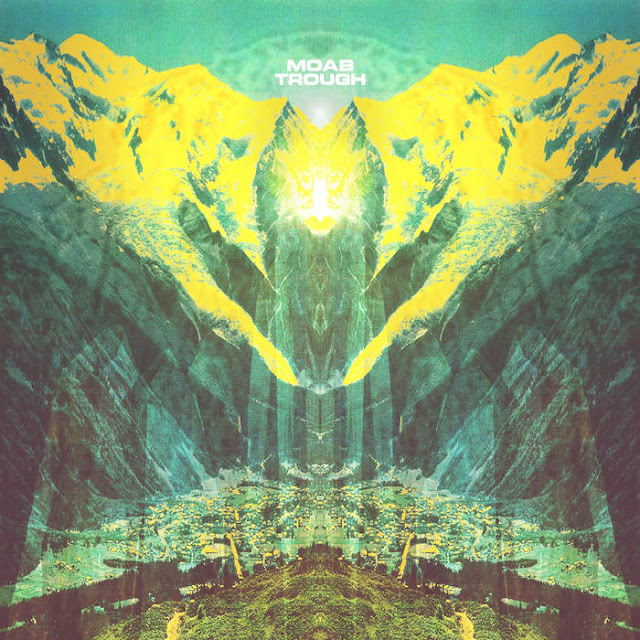 Given the circumstances leading up to its release listeners may be fooled in to thinking an air of sadness and melancholy might be lingering over and around the grooves that make up "Trough" but that is far from the case as although possessing a darkness and dankness, the meat and potatoes of any music pitched at the heavier end of rock music, there is a brightness and upbeat feel to much of the music explored on these ten cuts. From the Beatle-esque intro of "Skeptics Lament" through to the furiously strident " Fend For Dawn" that closes the album there is a vibe of freshness and vitality running through each and every song, an addictive joyousness of three musicians doing exactly what they love to do and enjoying every second of it. Musically "Trough" is tight with every riff and solo nailed on, every bass line booming, every drum beat and cymbal crash hitting its mark, this and the superbly pitched, slightly nasal and Ozzy-ish vocal tones, that coat every song on the album, all combines to make "Trough" one of the surprise highpoints of this year already quite impressive roster of 2018 underground albums. 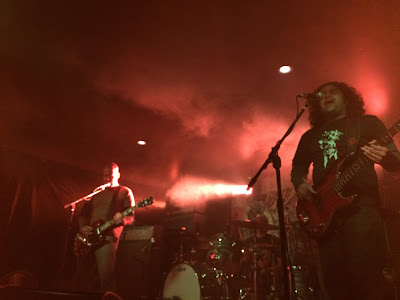 Herzog's passing is a bitter pill to swallow but let's not dwell on what might or might not have been let's just concentrate on the incredible legacy left behind by a talented musician who musically was right on top of his game, in that context Moab's "Trough" is a fine and fitting epitaph.
Check it out ….


# Remaining band members Andrew Giacumakis and Joe Fuentes, joined by Brad Davis (Fu Manchu) filling the void on drums, are set to play select shows in support of the album's release.
Posted by Desert Psychlist at 03:58