Oh what a difference a little time can make, Montreal's The Hazytones entered our lives with their debut album "The Hazytones" just over a year ago and in that time they have snagged a deal with Ripple Music, toured both North America and Europe, had a line up change and found a whole new darker, danker sound, on top of which they have just released their second album "The Hazytones II: Monarchs of Oblivion" (Ripple Music). 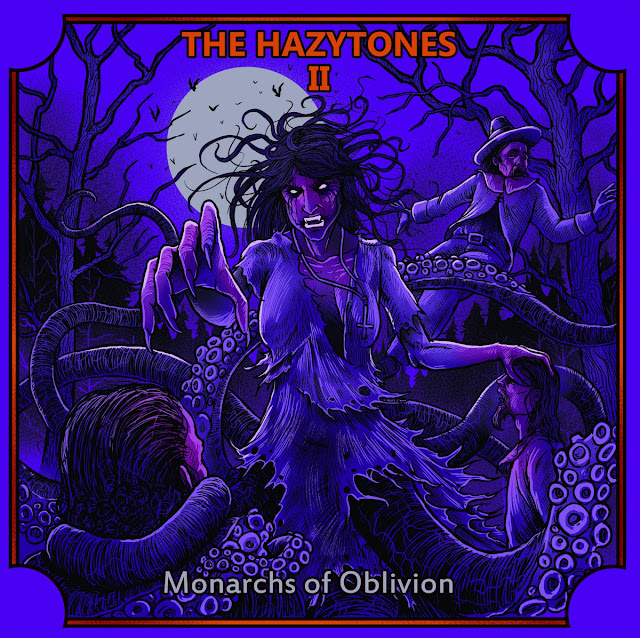 With only guitarist/vocalist Mick Martel remaining from the line up that recorded the highly acclaimed "The Hazytones" it is not too surprising that there is a slight shift in attack and dynamics to be found on the bands latest release "II", however that shift is very subtle and the eight songs that make up "II" still retain that recognisable "Hazytones" sound and groove. Darker would be the best way to describe the songs on "II", there is a danker more doomic feel to many (not all) of the new songs that grace this new opus and although the first album was one of Desert Psychlist's favourite releases of 2016 we have to admit this new darker dynamic seems to suit them much better. The bluesy stoner rock sound that had many referring to the band as the Canadian Graveyard still remains intact, something especially evident on songs like "The Great Illusion" and "Spit You Out", but there is a heavier, denser feel to songs like "Empty Space", the two part "Monarchs of Oblivion" and final track "The Hands That Feed" that reflects what they did previously but at the same time takes things to a whole new dynamic level. 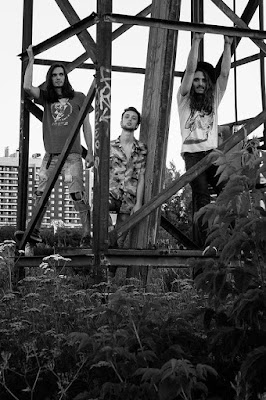 The current line up of Mick Martel (vocals/guitar), Victor Tremblay-Desrosiers (drums/percussion) and Adam Gilbert (bass) have not deviated too far from The Hazytones blueprint with their new album "The Hazytones II: Monarchs of Oblivion" just tweaked it slightly and made it a little more grimier.
Check it out ….