One of the many musical highlights of 2016 was the release of Youngblood Supercult's "High Plains", a captivating collection of blues tinted hard/stoner rock grooves laced with hazy lysergic colouring and texture. The album, which was starkly different in direction from their previous release "Season of the Witch", showed a band who had, with the addition of a new vocalist,  found a new sound and groove that seemed a much more comfortable fit and one that offered them a base from which they could stretch out and explore other musical avenues . The album also saw the bands profile take a huge upward sweep with "High Plains" appearing on many critics and reviewers end of year best of.. lists as well as securing itself a prominent position on that ultimate of  monthly best of's...The Doom Charts.
This year the band reconvened in the studio and after a few dramas, that ended with the band taking over remixing/remastering duties, the quartet of David Merrill (vocals), Bailey Smith (guitar), Weston Alford (drums) and Brad Morris (bass) have emerged with a brand new album of killer tunes flying under the banner " The Great American Death Rattle" (DHU Records). 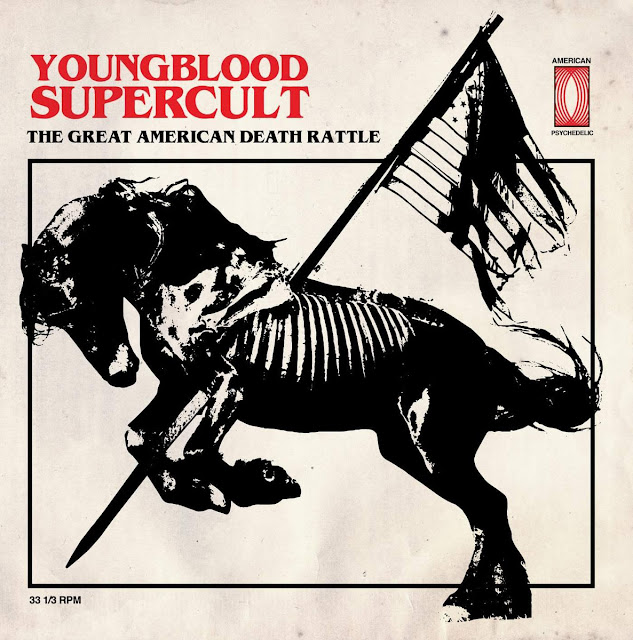 As with the bands previous album, "High Plains", the blues is the core around which the band build their songs but these guys do not approach that genre from any sort of traditional angle preferring instead to dance around it's perimeter, taking elements from it and weaving into those elements textures of psych, desert and even a little lysergic folk, playing with the form but never disrespecting it. From the slightly spooky opening salvo of title track "The Great American Death Rattle" through to the heavy lysergic blues drenched closer "Sticky Fingers" there is not a moment for the listener to catch his or her breath as the band lead you through phantasmagorical soundscapes of bluesy excellence. Morris' bass and Alford's drums combine in a solid and stunning mix of complexity and power to provide the backbone around which Smith weaves her six string magic, the guitarist eschewing the current trend for mindless shredding opting instead for feel and emotion, her chords and riffs reverberating and chunky, her solo's soaring and heartbreakingly beautiful. Over this tumultuous whirlwind of delta influenced groove Merrill provides soulful, measured vocals, the frontman's hazy, warm edged roars and croons bringing a classic rock feel to the proceedings, his distinctive tones an integral ingredient to Youngblood Supercult's overall groove and sound. 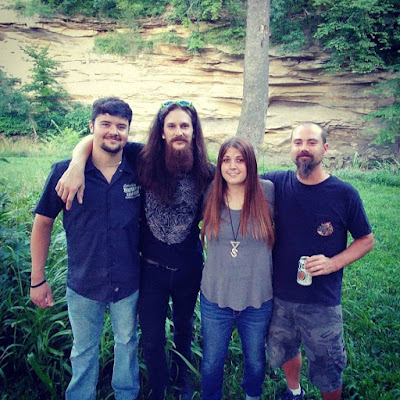 Hazy and lysergic are two words that come to mind when listening to "The Great American Death Rattle" other words that also might be used are bluesy, heavy and majestic (with that last one being the most prevalent in Desert Psychlist's mind as the albums last notes fade into the ether and our fingers hover over the repeat button). The Cambridge English Dictionary describes the definition of majestic as " something beautiful, powerful, causing great admiration and respect", a definition that perfectly fits the collection of nine songs that make up Youngblood Supercult's new opus.
Check it out ....