Edinburgh's Atragon are a band who like their doom a touch on the "classic" side, the four piece, of

Jan Gardner (vocals), Ruaridh Daunton (guitar), Ewen Cameron (bass) and Jason Watt (drums).readily cite the likes of Cathedral, Reverend Bizarre and Sabbath as influences that have shaped their sound. This is not to say these guys do not have any originality and are just following a path paved by the riffs of others, far from it, Atragon bring a fresh approach and a modern twist to a genre of doom that these days is often overlooked, as can be heard on their brand new album "I,Necromancer" (Witch Hunter Records). 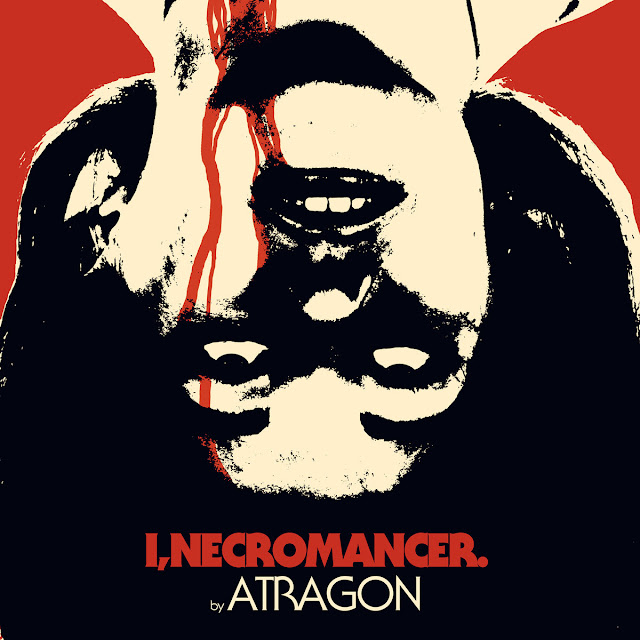 "I.Necromancer" is an album that will appeal to fans of all those bands mentioned earlier as well as those of a more sludge/stoner persuasion containing, as it does, massive swathes of dark metallic riffage driven by thunderous percussion and spine crumbling bass that is enhanced by scorching neo-classical  and  soaring blues tinted guitar solo's. Where Atragon differ from those other purveyors of despair and despondency is in their attack, the band incorporating into their grooves of darkness an element of stoner/hard rock grit combined with a touch old school heavy metal swagger, mixing up the low, slow and heavy with mid to up tempo dynamics to give songs like "Monastery Of Silence" and "The Dead Weight Of Unimportant Flesh" an almost thrash-like feel at times especially when those dynamics are combined with Gardner's throaty, sometimes maniacal vocal tones. These forays into furious abandon are tempered by moments of  spine tingling doomic splendour with the title track "I.Necromancer" and the epic "Jesus Wept" warranting special mention ,the former for it's gloriously atmospheric feel, searing wah pedal drenched guitar solo's and pulverising rhythms, the latter for it's deliciously gory subject matter and its titanic dark doom groove 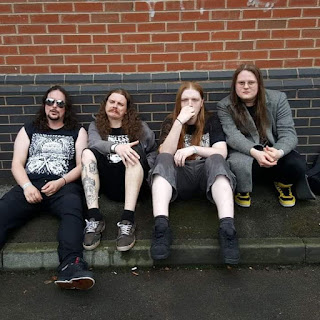 Whether you gravitate to doom, are drawn to sludge or just a hard rock/heavy metal fan looking for something a little more feral and menacing you will find something to rock your boat/shake your tomb/ripple your swamp among the seven songs of darkness and menace that make up "I.Necromancer"
Check it out .....