Huddersfield, UK, once the centre of Britain's Industrial Revolution and still a town known for its textile, chemical and engineering companies is the home of Sound of Origin a four piece band of like minded brothers, John Bussey (vocals), .Joe 'Zeph' Wilczynski (guitar), Jax Townend (bass) and Chris 'Foz' Foster (drums),  with a penchant for raucous fuzz and distortion inspired by the likes of Kyuss, Weedeater and Down, a sound and groove that can be heard on the bands debut EP "Seeds of the Past". 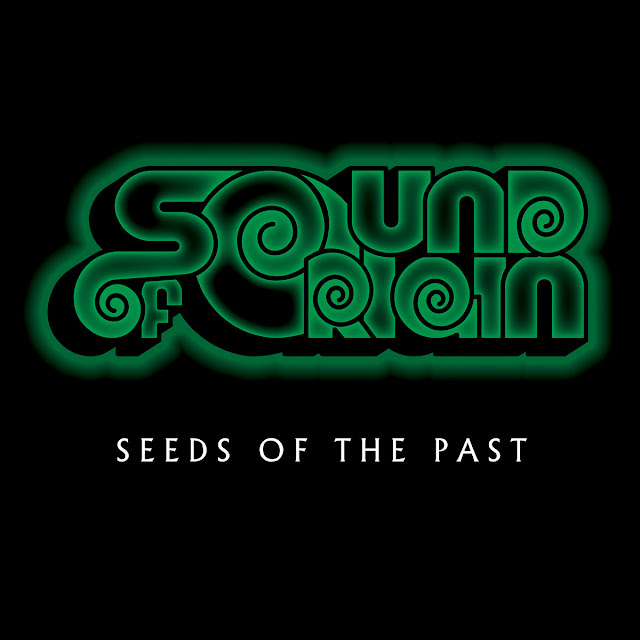 "Wafarin" kicks things off in fine style with Wilczynski laying down a riff so drenched in fuzz and distortion its almost in danger of of breaking up, underneath this sawtoothed onslaught Townend and Foster lay down a barrage of thundering bass and drums, the pair complimenting the guitarist's  output with gnarly bottom end and tumultuous percussive might. Frontman Bussey delivers into this mix of stonerized metal and raucous hard rock big gritty vocals delivered with feral passion, mixing his vocal stylings between short sharp bursts of staccato-like attack, throaty guttural roars and clean classic rock type crooning, his unique mix of tones a perfect match for the diverse grooves of metallic desolation surrounding them.
"Driven To Distraction" follows a similar path to the previous track but with the metallic elements of the bands sound pushed slightly to the fore with Wilczynski dialling down the fuzz and instead opting for slightly more overdrive and distortion, the guitarist adding touches of doom-like dynamics into the songs gnarly refrains, refrains that are pushed hard by Foster and Townend's solid rhythmic backdrops and topped off with Bussey's superb vocal stylings.
"Left For Dead" finds Bussey singing a folk-like melodies over clean strummed guitar periodically interrupted by swathes of heavy fuzzed riffage and thundering rhythm with Bussey following suite vocally. The songs quiet/loud/quiet aesthetic gives the song a kind of grunge /alt feel and indicates that there is more to this band than at first meets the ear.
"Seeds of the Past" jams a circular desert groove embellished with little Kyuss type guitar fills and licks with Bussey giving his best performance so far, the frontman singing of having "his head in a cloud" against a backdrop of chugging riffage and pounding percussion.
"Asphelt" sees Sounds Of Origin moving into slow and low territory the bands sound getting a little dark and doomy both vocally and musically with Bussey crooning clean and clear in the songs quieter moments shifting through the gears to growling and roaring as the songs groove gradually gets heavier.

Sound Of Origin's "Seeds Of The Past" is a good indicator for where British underground rock is currently residing at today, well written, superbly performed songs that are informed by grooves that may have been born in the USA  but have a groove and feel that is totally home grown
Check it out .....