Miami, Florida, still, to this day evokes. to those not native to the area, visions of gleaming fast cars and glowing street lights beneath which stand men in expensive suits, jacket sleeves fashionably rolled up eyeing exotic women dressed in figure hugging designer dresses, not so much because that's Miami's reality but more because that was the image sold to us by the 1980 iconic TV show "Miami Vice". Some Miami residents however adhere to a more alternative dress code that includes denim and band tees, people who prefer their grooves a little grittier, edgier and heavier than the soundtracks Phil Collins and Gloria Estefan provided back in the day, and some of those residents form bands!
Shroud Eater, Jean Saiz  (guitar/vocals), Janette Valentine (bass/vocals) and Davin Sosa (drums/vocals), are three such Miami residents who, since the bands formation in 2009, have consistently delivered diverse slabs of metallic groove to an eager and appreciative fan base both live and from the studio. The latest chapter in Shroud Eater's story has just been released via STB Records and flies under the banner of "Strike The Sun" 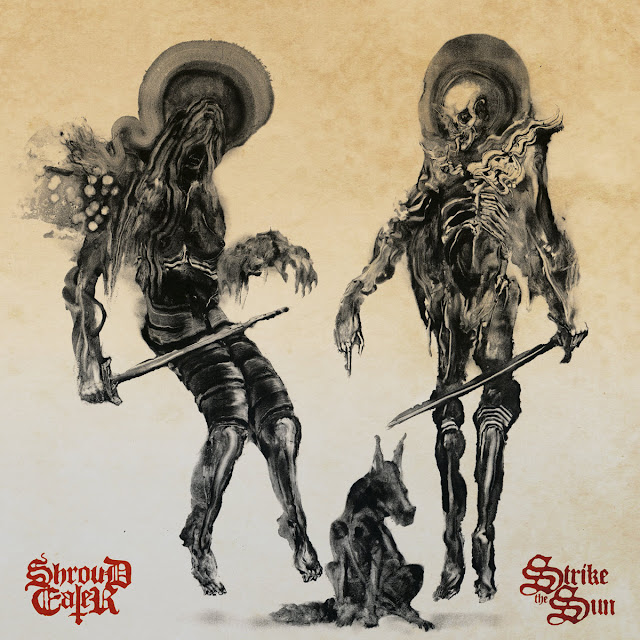 "Strike The Sun" is an album of immense magnitude and depth utilising an array of dynamics with which to shade and texture its diverse and dazzlingly collection of raucous grooves. From the haunting "Sleepless Fire" via the doomy heaviness of "Iron Mountain" the sparse atmospheric beauty of "Dream Flesh" to the progressive sludge thick refrains of "Futile Exile" their is a feeling of a band comfortable in their sound, a band who can charm you with their serene beauty one minute then beat you to the ground with their brutality the next,  Shroud Eater are a band consisting of three people all of whom sing and the band use this to great effect mixing ethereal  and mournful tones with those of a more visceral nature, a brave move that could, in other hands, result in a confused and fragmented sound with no identity, not so with Shroud Eater, they use this to their advantage arranging their songs so as to incorporate those voices so that no matter who is at the mic the listener is in no doubt that the grooves they are listening to belong to Shroud Eater . 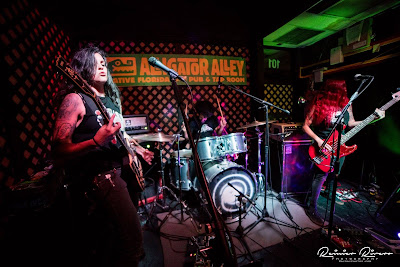 Made up of eight of the most diverse and exciting collections of sludge tinted songs your likely to hear in your lifetime "Strike The Sun" is an album that deserves to be heard, needs to be heard and must be heard by as many people as possible.
Check it out....