French quartet Poste 942 are not what you would call your atypical stoner rock band,. their sound of fuzz drenched grooves and grinding rhythms are informed as much by those of AC/DC as they are by Kyuss and their ilk and if you throw a smattering of Seattle grunge and the homey blues in there as well you might just get a little closer to describing what these guys do.
The band, Sébastien Mathieu (guitar), Sébastien Usel (vocals),  Ludovic Favro (bass) and Nicolas Millo (drums) have been jamming their brand of infectious rock'n'roll and fuzzy groove around their home country and further afield since forming in 2013. releasing a well received demo, " Poste942", and EP, "Extended Play", along the way. The quartet are currently promoting their first full length album, an eclectic collection of  songs flying under the simple yet effective title "Long Play" (Beer, Bear, Bore Prod.). 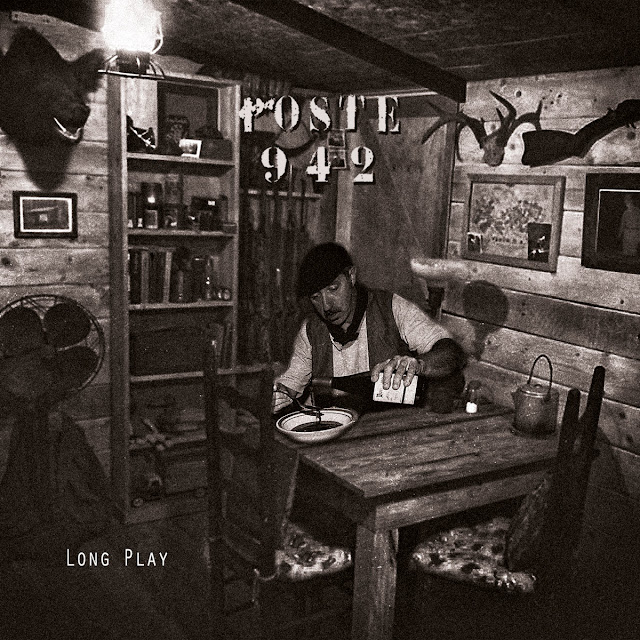 So what do you get for your hard earned cash? Well for starters you get thirteen tracks (two of which are narrative)  that criss cross  between gnarly grunge aesthetics, bluesy hard rock swagger and gritty stoner fuzziness, and see the band effortlessly shifting between differing  musical dynamics yet managing to maintain a core sound that is wholly their own.  This diversity of groove is in some part anchored and informed  by the gritty, sometimes raw and feral, sometimes throaty clean vocal tones of Usel, the frontman's slightly accented but totally effective voice conveying a plethora of emotions and moods as he roars and croons over backdrops of  throbbing bass, thundering percussion and crunching guitar. The bands engine room of Favro and Millo provide a foundation of infectious rhythmic splendour, the bassist and drummer one minute laying down grooves of bluesy funkiness ("Devil's Complaint") the next going hell for leather, fast and furious ("Punky Booster"), both solid and tight together but able to stamp their own identities on a song when the opportunity presents itself.  Mathieu compliments these grooves with crunching chordal riffage, short un-indulgent soloing and subtle bluesy colouring, his guitar combining at times with Usel's diverse vocal palette to add an edgy darkness to the proceedings. 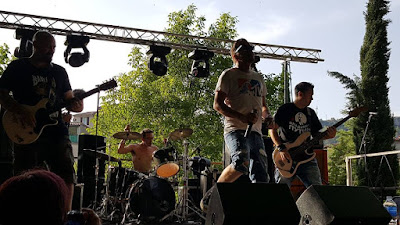 Grungey enough for the grungers, fuzzy enough for the stoners and with enough swaggering bluster for the hard rockers "Long Play" is an album well worth investigating no matter what your personal preference may be.
Check it out .....