We don't know if it has something to do with the ancient laws of Bushido but this is the second time Wisconsin quartet Shogun has taken everyone by surprise by releasing an album without anyone having any knowledge that they were about to do so, not that we are complaining mind. because the bands latest outing "Tetra" is an ass kicking little gem. 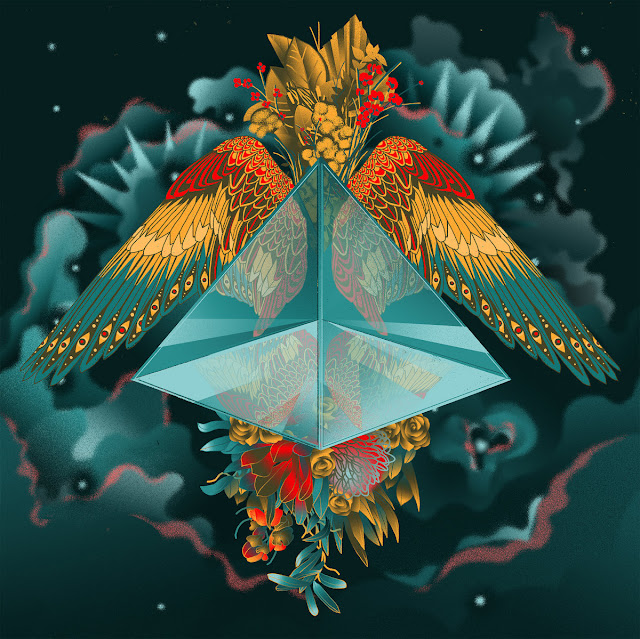 Shogun have always described what they do as "riffs upon riffs, upon riffs, upon more riffs" but we at Desert Psychlist feel the band are doing themselves a disservice with such a description, there is more to what Shogun bring to the table than just the an endless array of guitar refrains, these guys have a groove and they are not afraid to use it. That groove presents itself  right from the word go with first track "Gravitas" a solid mid-tempo rocker decorated in cool clean melodic vocals sung over a desert rock groove that probably leans more towards hard rock than it does metal. Following track "Buddah's Palm/Aviary" is a song in two parts, the first part is heralded in by drummer Alvin Vega banging out a solid four to the floor drum tattoo which is then joined by bassist Max Muenchow and guitarist Sam Wallman in a stuttering metallic groove that is further enhanced by Wallman's clever solo insertions and ear catching licks and taken to another level by Joe Widen's distinctive vocals while the songs second part finds the band dabbling with a more lysergic sound, that includes ringing arpeggios shimmering percussion and fractured chord voicings. "Disintergrate" opens with Vega and Muenchow locking into an old school hard rock groove with Wallman adding the fire with some sterling lead work, it is almost a whole two minutes before Widen's vocals join the fray but it's worth the wait, his clean, powerful voice bringing bright melody where other singers might have brought dark dissonant harshness. Up next is "Delta" which starts off with a sample of Blind Willie Johnson performing "Nobody's Fault But Mine" but then segues into a low slow doomic riff monster driven by low booming bass and thundering percussion that showcases Widen's vocal prowess as a blues singer, that however is not the end of the story as the song then shifts again this time into a laid back psychedelic groove that allows Wallman to step into the spotlight and pin our ears back with an achingly beautiful and emotive guitar solo. "Gone Forever" finds Shogun throwing their hat into the folk/Americana arena with a stunning laid back ballad that gives Wallman the opportunity to show us that what he can do with an electric guitar he is more than capable of doing with an acoustic also. We already know that these guys can do stoner and hard rock standing on their heads but can they also turn their hands to a bit of old school "classic" rock, well "Axiom" says they can and as if to further prove it they do it again on another two part piece "Vertex/ Universal Pain Center", this time finishing it off  with a weird but nevertheless wonderful experiment in sound. Shogun bring things to a close with "Maximum Play " a song that pulls everything the band has shown us up to now together in one song. 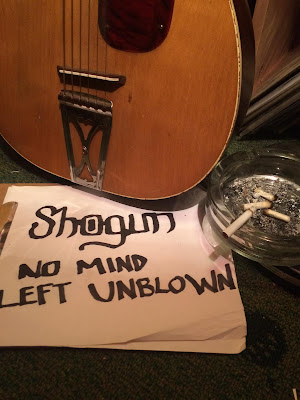 Maybe Shogun should re-think their "riffs upon riffs..." slogan, given the range of music to be found on "Tetra", how does "riffs upon ringing arpeggios, upon acoustic noodling, upon more riffs" grab you.
Check it out .....
© 2021 Frazer Jones
Posted by Desert Psychlist at 14:08