For a brief period Desert Psychlist asks you to put aside all your notions of genre and classification and lend an ear to something that doesn't quite fit into any of the usual musical categories, that something is an album called "Remedy"(Interstellar Smoke Records) by a German trio going by the name of Juke Cove. "Remedy" is an album that leaves no room for non committed fence sitting this is an album you will either love with a passion or vehemently hate, we at Desert Psychlist fall into the first camp. 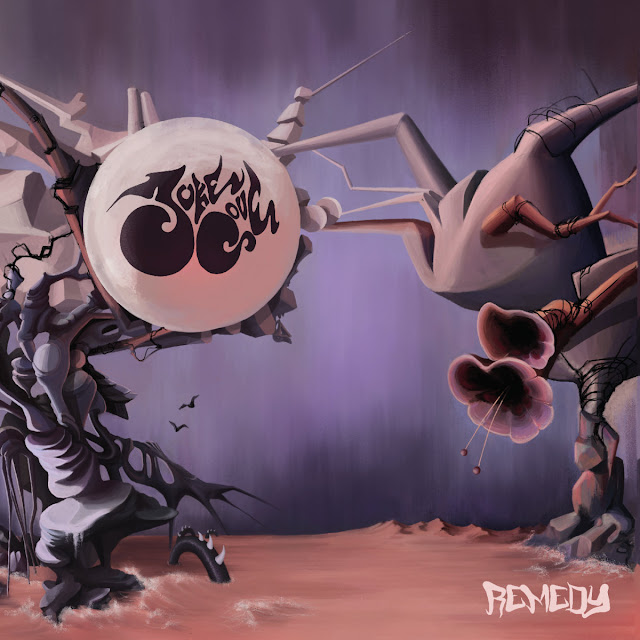 We at Desert Psychlist find the term "alternative" a strange term to apply to music especially as music classified with that term never states exactly what it is supposed to be an "alternative" to, however the term in Juke Cove's case is quite an apt one as what the band present the listener with on "Remedy" is an alternative to the mundane, the run of the mill and the generic. From the opening bars of first track "Arise" to the closing notes of last track "Ignite" anything and everything is thrown into the mix, rules of how a piece of music should be put together or progress are not just broken they are rendered to splinters, crunching guitar riffs vie with clarinet solos', spoken narrative trades places with punkish harmonies and heavy metallic swagger climbs into bed with eastern exotica. Musically this band are on fire Mateusz Pietrzela's  guitar work is a heady mixture of raucous fuzz drenched powerchords and furious fiery shredding, Maxim Balobin's drumming is a stunning blend of power and restraint and Dima Ogorodnov's bass work is just devastatingly deep and deliciously delightful, together they create a sound that is as wild and untamed as it is arranged and structured. 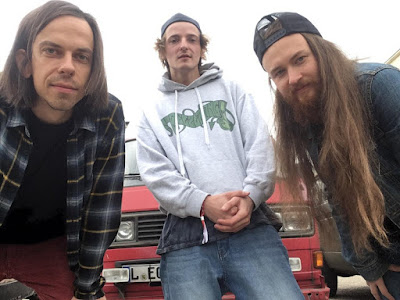 Juke Cove's music on "Remedy" is one free of expectations it is a music that goes where it wants to go when it wants to go there, as we said in our opening piece you will either love what this band do or you won't, what we can guarantee however is  that once you've heard them you'll never forget them.
Check it out ....
© 2021 Frazer Jones
Posted by Desert Psychlist at 13:56