There is nothing that floats Desert Psychlist's boat more than some raucous hard rock spliced with a decent amount of stoner fuzz and distortion which is probably why French quintet Blend of Stones, Mat (drums); Nico and Dav (guitars); Lilian (bass) and Dadou (vocals), debut EP  "Cabinet of Curiosities" has made such an impression on us and hopefully will have the same effect others too. 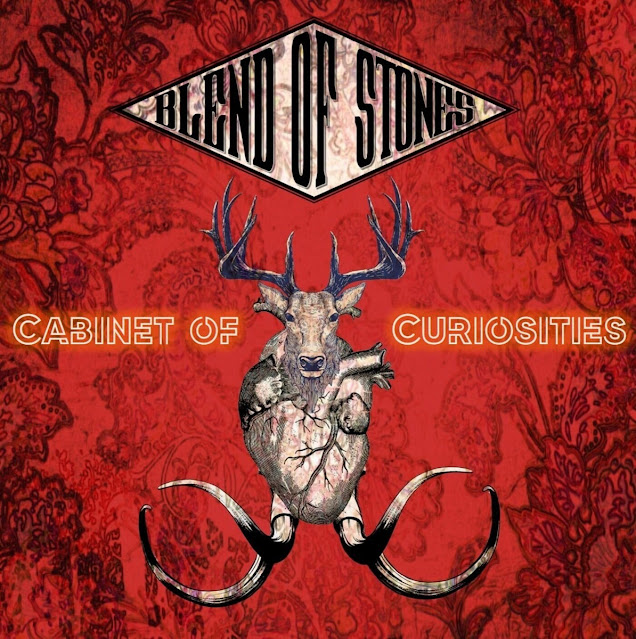 If you are a fan of Clutch or Mississippi Bones then there is a lot about Blend of Stones that will appeal here, there is a similar feel to the grooves the band deliver on "Cabinet of Curiosities" that carries a flavor of both those bands yet does so without sounding like a copy or a pastiche. Ok vocalist Dadou does not possess the tongue in cheek drawl of Mississippi Bones Jared Collins or the fire and brimstone delivery of  Clutch's Neil Fallon but his gruff, powerful tones nevertheless have a similar level of grittiness and fury that is perfectly suited to the slightly southern tinted stoner rock that surrounds them. Things kick of gnarly and raucous with "Headbreaker" an all out assault on the senses driven by growling bass and furious drumming, courtesy of Lilian and Mat, and given all the necessary crunch and crackle thanks to the guitars of Nico and Dav, Dadou waxing lyrical over the top in a voice unshackled by restraint, full on strong and loud. With hardly anytime allowed for the listener to catch his/her breath the band slam into "Crazy" a testosterone fueled romp that doesn't let up for even a second and finds Dadou trading vocal licks with the rest of the band in a sort of call and response scenario, if this song doesn't have you jumping out of your seat and dancing around your living room/bedroom like a possessed lunatic then there is something seriously wrong with you. "Candle" eases off the accelerator but only slightly, it's bluesy undercurrent is enhanced with clever little guitar  motifs and licks and finds Dadou tailoring his vocals to include a little soulful melancholy. The superbly titled "Prophet Asshole" sees Blend of Stones getting a little adventurous and adding touches of doomic texturing to their bluesy hard/stoner rock attack, nothing too low and slow but enough to add an air of dankness to proceedings. 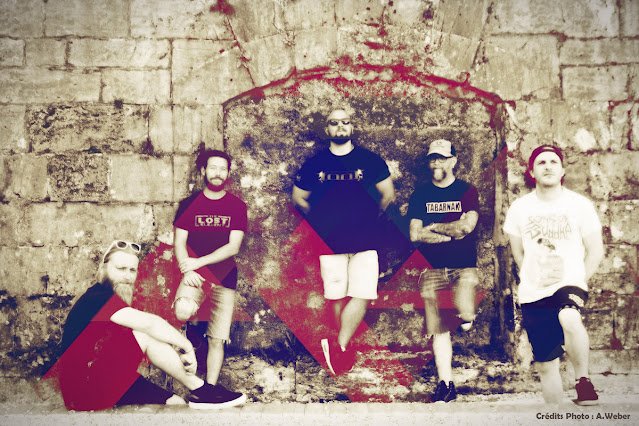 Huge sounding grooves with the perfect blend of bluesy hard rock swagger and fuzzed out stoner rock bluster is what Blend of Stones deliver with "Cabinet of Curiosities", a full on musical attack that does not try to pretend that it is anything other than good hard rocking music played with passion and honesty.
Check it out ....
© 2021 Frazer Jones
Posted by Desert Psychlist at 13:12