Portland, Oregon's Hippie Death Cult first burst onto the scene with a trio of tantalizing singles drip fed to the public via their Bandcamp page, they then followed this up with their debut full length album "111" which quickly become one of the "must own" underground albums for many of the scenes devotees, it also garnered its fair share of praise from many of the scenes movers and shakers featuring not only at #6 on Desert Psychlist's "Best of 2019" end of year list but also ranking high on the lists of many others. This year the band return with their second album "Circle of Days" (Heavy Psych Sounds Records) and on just one listen we predict this will not only match the success of "111" it will eclipse that success. 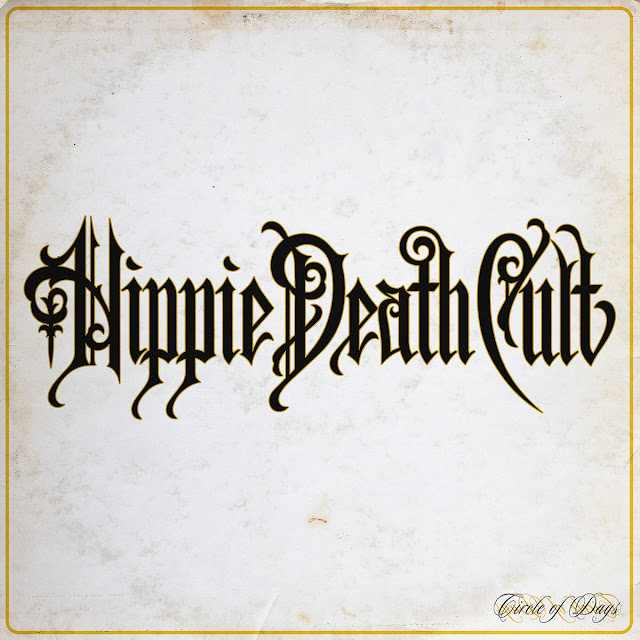 "Circle of Days" opens in grand style with "Red Meat Tricks" a quasi-doomic opus with a grungy undercurrent that is superbly anchored to earth by Laura Phillips deep rumbling bass and Ryan Moore's busy dexterous drumming and then made to fly by guitarist Eddie Brnabic's crunching chords and swirling feel drenched solos. Now those familiar with the band will already know that HDC have in their possession a singer of rare depth, power and quality but those coming to the band anew will be blown away when they first witness the vocals of Ben Jackson, his voice, an instrument in it's own right, is able to go from a clipped gothic croon to a graveled rock god howl and everything in between with seamless ease., he also plays a mean keyboard. "Hornet Party" follows, the songs up and down dynamic sees ringing arpeggios and fractured chord voicings trading places with furious neo-classical shredding against a rhythmic backdrop that shifts up and down the gears between laid back and mid-tempo and  fiery and thrash-like with Jackson following suit with a suitably schizophrenic vocal. Those that invested in HDC's first release will already have noticed a more mature sound on this their latest outing and that maturity really makes its presence felt on next song "Walk Within" an achingly beautiful ballad//torch song that highlights the more subtle and melancholic side of Brnabic's guitar playing and also throws a well deserved spotlight on not only the versatility of Jackson's vocals but also his skills on the keyboards, Phillips minimalistic bass lines and sublime dual vocal combined with Moore's shimmering percussion adding that extra touch of class to the occasion. Title track "Circle of Days" is a sublime mid-tempo number that mixes the grunginess of the albums opener with a little stoner/hard rock and heavy psych over which wonderful wafting harmonies and melodic lead vocals are executed to perfection, the band keeping the groove tight but with just the right levels of looseness so as not sound over-compacted or overly compressed. For the albums last song "Eye In The Sky" HDC put all their eggs in one basket, cleverly combing the musical elements of hard rock blues and psych that have informed sections of all the albums previous songs and combining them together in one mind-blowing finale, scintillating stuff! 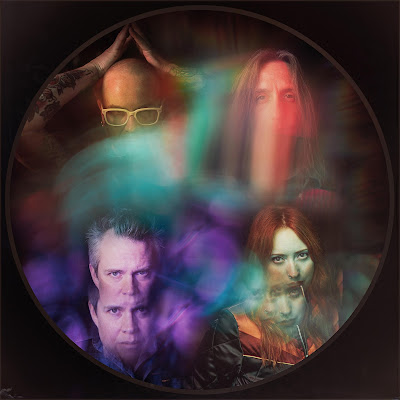 With their debut album "111" Hippie Death Cult wanted to make a statement of intent, to announce their arrival with grooves that would grab the listener by the throat and say "this is who we are ,this is what we do" and there was an exuberant rawness about the songs on "111" that did just that. On "Circle of Days" Hippie Death Cult retain that exuberance but this time around they combine it with a more mature approach to the music, this is not an album that needs to grab your attention with one full on attack after another as they had already achieved that with "111", with "Circle of Days" the band want to show you what else they've have in the locker, and that locker is full to brimming over with deliciousness.
Check it out .....
© 2021 Frazer Jones
Posted by Desert Psychlist at 03:30