Light one up and relax yourselves into the arms Spanish trio Santa Planta and allow them to carry you on clouds of sweet smelling smoke through a world where riffs are king and rhythms rumble with thunderous intent. Santa Planta, Lorena "Lowla Blaze" Zamora (drums/additional vocals); Alex "Sticky fingers" Reduello (bass/additional vocals) and Dani "Goat Whisperer" Roldán-Cuartero (guitar/vocals), hail from Madrid, Spain and jam a groove that blends eclectic stoner doom with elements of heavy psych and post-rock while at the same time utilizing samples and soundbytes to give their sound an almost Floydian flavour, and if you like the sound of that then you'll just adore their self-titled debut EP "Santa Planta" (Loneravn Records) 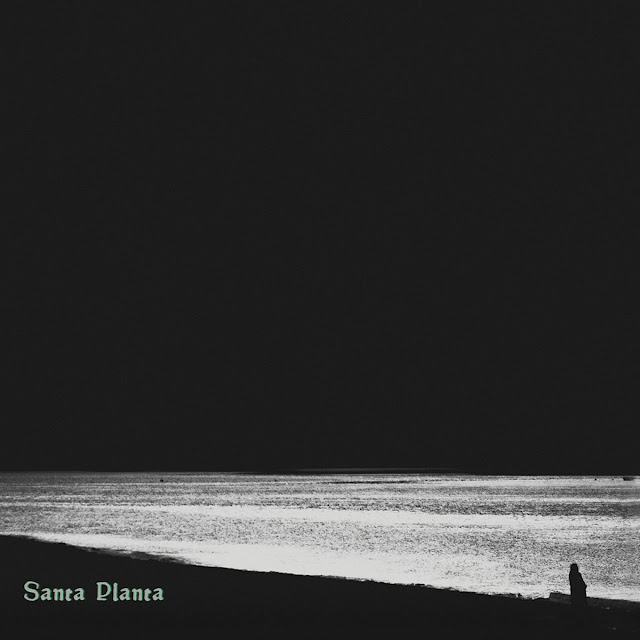 Fans of stoner doom will melt into puddles of riff worshiping ecstasy as the first strains of opening track "Overture (to your lungs)" wends its way out of the speakers and into their ears, dark dank and driven by pummeling percussion and low rumbling bass this ode to the "leaf" is manna from heaven for those devotees of grooves low slow and heavy especially when those grooves are decorated with the sort of grainy guitar tones and monotonic vocals that have become almost de rigueur for music of this nature. The stoners don't get it all their own way though as at the halfway mark the band suddenly decide that a little swagger is called for and erupt into a galloping mid-section that sits just a few BPM's below thrash before reverting back to type to take things to the close. "Witches" sees Santa Planta bringing a little of their Floydian flavoured heavy psych into play with swirling lead guitar howling and screeching over a backdrop of thick droning bass guitar and pounding percussion which is then further enhanced by vocal contributions from each band member. Final track "Judas Goat" is a slow building riff monster spliced with sampled soundbytes of terrified sheep bleating and someone explaining the workings of an abattoir set against a backdrop of dark heavy psych, Zamora and Reduello laying down a slow relentless groove for Roldán-Cuartero to decorate with scintillating lead work, the track suddenly taking off on a more upward and speedier trajectory as it reaches its finale. 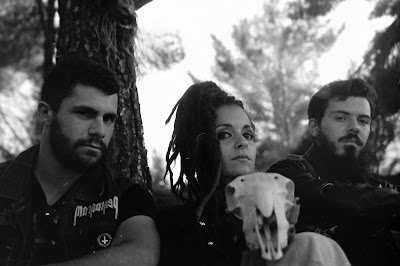 Stoner Doom as a genre can sometimes be somewhat one-dimensional but Santa Planta have managed to avoid that particular pitfall by adding a few interesting curveballs and quirks to their sound. As a new(ish) band they are not quite the finished article yet but this EP shows a band full of promise and one to keep our eyes and ears on in the future.
Check 'em out .....
© 2021 Frazer Jones
Posted by Desert Psychlist at 06:27