Desert Psychlist once described Polish psychedelic doomsters Sunnata's music as "sometimes brutal, sometimes beautiful, sometimes challenging, sometimes simple but at all times totally intriguing and immersive", so we are glad to report that nothing has changed and that the bands latest album "Burning In Heaven, Melting On Earth" is all of those things again and MORE! 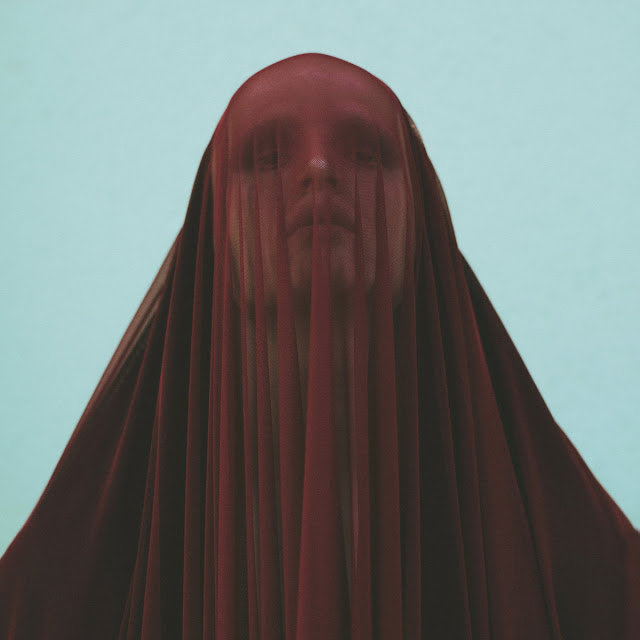 There is not a band on this earth who sound, or for that matter come anywhere near sounding, as unique and as different as Sunnata, the bands music defies all the usual categorizations of genre and style and follows no rules other than its own. Take "Crows", the opening track to "Burning In Heaven, Melting On Earth", a song that begins with an insistent bass motif accompanied by liquid sounding guitar arpeggios over which smoothly delivered vocals are crooned in an 80's Goth rock style. Now if this was how the song carried on to its finale it would still be a fine, if one dimensional , little ditty but this being Sunnata, a band who just do not do one dimensional, things soon start to get a touch complicated and twisted. Those smooth croons gradually start being replaced by guttural roars, those reverberating arpeggios begin to make way for brutal chord progressions and the gentle accompaniment of the bass and drums, provided in the songs initial stages, suddenly turns into a tsunami of growling bottom end and thundering percussion. This, however, is only momentary and those croons , arpeggios and intricate rhythms once again return, this time with added harmonies, but again this only a brief reprieve before everything takes off again and we are plunged back into a world of relentless heaviness. "God Emperor of Dune" follows and here we find Sunnata living up to their "shamanic doom metal" tag with a song drenched in eastern flavorings. Lyrically the song references Frank Herbert's series of "Dune" novels while musically there are sections of this song that are not too far removed from what you might expect to hear on an album from Tuareg desert rockers Tinariwen, albeit with a little added intensity and complexity. Up next is "A Million Minds" an unexpected strident rocker with a The Cult meets Hawkwind vibe which is followed by the excellent "Black Serpent" a song with a hazy/heavy /hazy dynamic enhanced by some wonderfully executed vocal harmonies. Penultimate track "Volva (The Seeress)" sounds like it was recorded secretly in a cathedral in the dark of night by cowled monks paying homage to a deposed goddess, its Gregorian style vocals, intoned monophonically over a backdrop of sparse but effective instrumentation, adds to the songs atmospheric feel as does its sudden eruptions into sporadic post-rock heaviness. "Way Out" brings things to a close and is a song that exemplifies all that is good about Sunnata's music, a song that weaves together threads of doom, post-rock, grunge and psych to create a sonic tapestry that although may have its roots in those genres mentioned, somehow manages to sound totally unique and original. 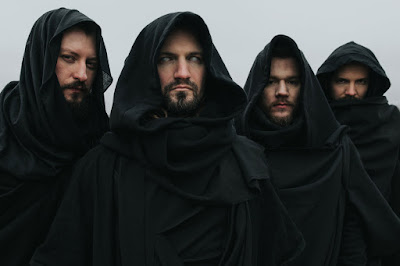 Innovative, intelligent and at times challenging "Burning In Heaven, Melting On Earth" is a stunning release, its themed concept of religious fanaticism and the effects of that fanaticism on humanity as a whole is perfectly backed by grooves that glean inspiration from a wide range of world musics and cultures but remain unbeholden to any of them.
Check it out ......

Posted by Desert Psychlist at 06:15