After the release of their well received debut EP "Demon Dance" North Carolina's Cosmic Reaper, Garrett Garlington (bass); Dillon Prentice (guitar); Thad Collis (guitar/vocals) and Jeremy Grobsmith (drums), concentrated much of their time honing their chops on their local live circuit but with the arrival of Covid -19 and the subsequent closing of venues the band had to rethink their plans. Suddenly finding themselves with unexpected time on their hands the band soon started tossing a few ideas around which soon shaped themselves into a whole new batch of songs, those songs were then taken into the studio and recorded for a new self-titled full length debut, "Cosmic Reaper" (Heavy Psych Sounds Records), as Benjamin Franklin once said "out of adversity comes opportunity" 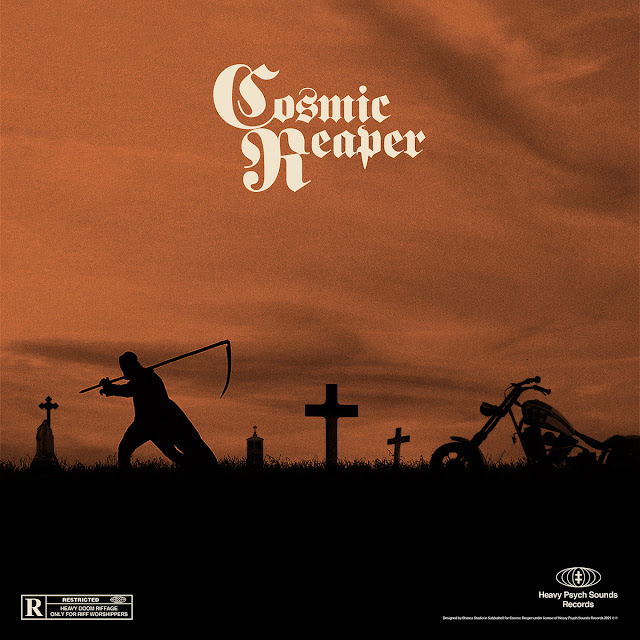 With "Demon Dance" Cosmic Reaper toyed with grooves that were of a slightly proto-doom/Sabbathian flavor, the sound of those songs was most certainly "stoner doomic" in execution but with the emphasis more on the "stoner" side of that equation, with "Cosmic Reaper" however the balance has shifted more towards the "doom". The songs that make up the bands new opus are darker, danker and more intense than those that graced the bands previous outing, there is a heavier reliance on atmosphere and mood to be found here, where the guitars crunched and growled on "Demon Dance" here the guitars thrum and drone, where before the drums beat out a steady tattoo here they pound and crash with dark ferocity. Vocals throughout "Cosmic Reaper" are incanted in clean monotonic tones, their slightly Gregorian delivery adding an extra layer of mysticism and occult like ritualism to the proceedings. If you were expecting an album with moments of light relief, say some acoustic noodling or maybe some sort of doomic ballad then maybe you should start looking elsewhere as songs like "Hellion", "Stellar Death" and "Planet Death" are dark intense affairs that although occasionally do take off on tangents into lysergic territories are on the whole dank and relentless riff monsters perfectly suited for those times when you feel the need to sacrifice something on an altar. 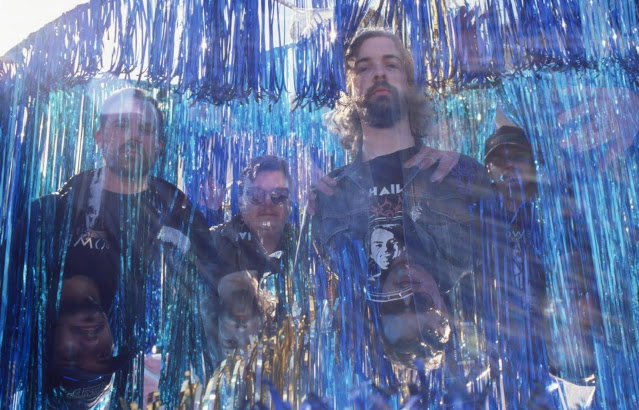 Deliciously dark, ominously atmospheric and heavier than a sack full of lead "Cosmic Reaper" is an album made in the USA but with an intensity usually only associated with bands from the Polish underground, and if you are familiar with that scene you will also know how high a compliment that is.
Check it out ......
© 2021 Frazer Jones
Posted by Desert Psychlist at 14:17