Sweden's Spelljammer are not the most prolific of bands, since their formation in 2007 to the present day the band have only managed to release two EP's and two full albums, however such is their reputation and such is the power of their music that when Spelljammer release something new the world immediately sits up and listens. On the day Desert Psychlist wrote this piece Spelljammer's long awaited new album "Abyssal Trip" had just reached the #1 spot on the Doom Charts and as a contributor to that hallowed barometer of monthly good taste Desert Psychlist can tell you it didn't get there just on the bands reputation it earned its place because it kicks ass on every level. 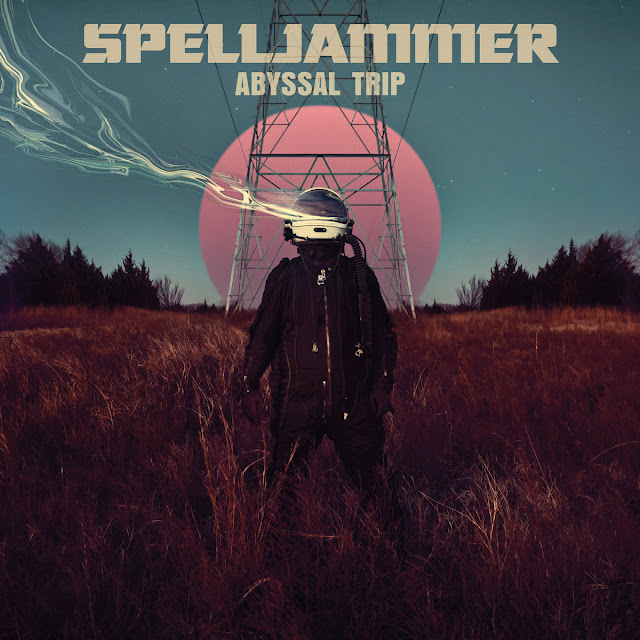 Droning guitar and low thrumming bass, played at a pace so slow it could be mistaken for rumbling thunder, introduces first track "Bellwether" and is then slowly joined by pulverizing percussion all of which creates an ominous and foreboding atmosphere, an atmosphere made even more ominous and foreboding by bassist Niklas Olsson's graveled half roared/half shouted vocals which sit perfectly part buried in the mix thus allowing the bands music to take the lion's share of the listeners attention. The screaming feedback and white noise that marks the close of "Bellwether" also announces the arrival of "Lake" a song that explodes out of the traps via some utterly incredible drumming from Jonatan Rimsbo, the percussionist utilizing every inch of his battered set up in a dazzling display of rhythmic dexterity. Guitarist Robert Sörling really steps up to the mark here, his chords are crunching and raucous, his solo's scorch and scream and when the song shifts mid-song into a lysergic laced heavy psych workout it is his use of  bluesy licks combined with fractured chord voicings and feedback that really grabs the listeners ear. "Among The Holy" again begins on a wave of feedback and droning effects before transforming itself into a low slow doomic riff monster with Sabbath-esque undertones and a few occasional whirling swirling nods to Hawkwind,  the song also finds Olsson tailoring his voice to deliver his haziest vocal on the album while also supplying some devastatingly heavy bass work. "Among The Holy" really comes into its own though when the proto(ic) doom of the songs first half makes way for a sprawling and truly mind-blowing lysergic jam, something that really has to be heard first hand to truly appreciate its magnitude. Title track "Abyssal Trip" opens its account with a sound clip lifted from an old movie then erupts into a groove that will have fans of doom, both traditional and stoner, dribbling at the mouth as this is a song that utilizes the atmospherics of the former while staying true to the dankness and darkness of the latter, pulling the two sub-genres of metal together to create a hybrid that will resonate with fans of both. It is easy to see why the band chose to name the album after this song as everyone is on their "A" game here, Olsson delivers his best vocal on the album while laying down a bass sound that is just short of titanic, Sörling's guitar work, both rhythmic and lead is in a league of its own while Rimsbo's drumming borders on the Bonham-esque. "Peregrine" follows and allows the listener to catch his/her breath with a brief but delightful acoustic number before the huge lumbering behemoth "Silent Rift" crawls from the undergrowth to close the album on a groove that could make mountains shake and cause tall buildings to topple just on the strength of its dark doomic intensity. 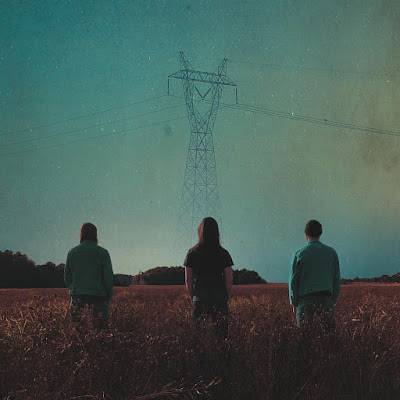 Spelljammer are back, for how long nobody knows, it is quite possible that it could be another five years before they descend from whatever dimension/planet/universe they hide themselves away in and  present us with another album as essential and genre defining as  "Abyssal Trip", but just knowing they are out there somewhere composing their titanic grooves is enough to keep our hopes alive for the future of intelligent heavy music.
Check 'em out ....
© 2021 Frazer Jones
Posted by Desert Psychlist at 05:12