Häxmästaren hail from Gothenburg, Sweden and jam a groove that walks a thin line between blackened sludge and traditional heavy metal, a sound that often threatens to wander towards the extremities of the metallic spectrum but is always dragged back in to line by its reliance on old school values of melody and groove and its refusal to be pigeonholed. The band openly cite death metal as an influence on their sound and there is no denying that aspects of that sub-genre do play their part in Häxmästaren's overall sonic attack but over Desert Psychlist's many years of listening to all forms of metal we have never heard anyone ever describe death metal as "swinging"  and the songs on the bands second album, "Sol I Exil",  swing harder than a hanged man in a hurricane. 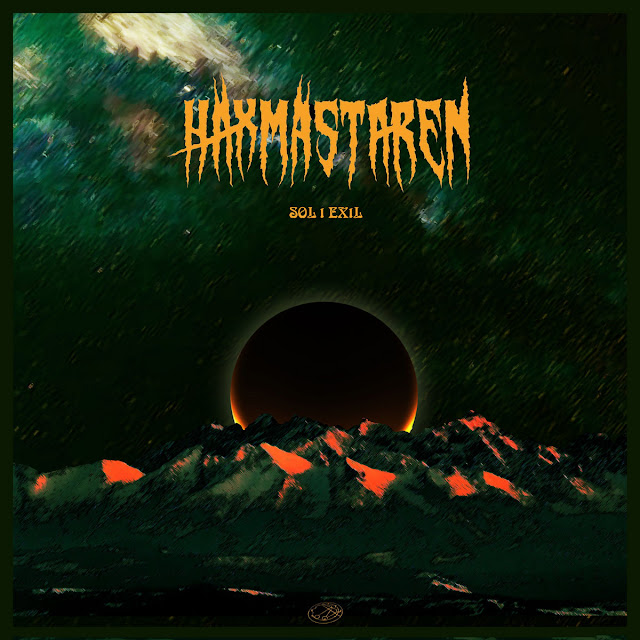 A quote from the bible came to mind while listening to the seven songs that make up  "Sol I Exil", "My name is Legion, for we are many.", this quote was the  response to Jesus Christ questioning the many demonic entities possessing the body of a man he was attempting to exorcise. Why did this quote come to mind you might ask, well given the plethora of vocal tones and singing styles employed throughout this album it would not be hard to be fooled into thinking that Legion and his fellow demons had moved to Sweden and formed a band. Growls, bellows, screeches, roars and even a little lay preacher-like sermonizing populate the songs on "Sol I Exil" as well as a fair share of clean singing, these vocals styles bombarding the listener from every conceivable angle, so much so that it at times it feels like you are listening to some extreme form of opera rather than an underground rock album. Musically Häxmästaren utilize a variety of ferocious guitar tones, low slung rumbling bass lines and thundering percussion with which to decorate their songs and it has to be said that this combination does, on songs like "Millennium Phenomenon", "Wavelurker" and "Growing Horns" lend itself more to the blackened extremities of metal than it does to the traditional , but then as you begin to listen closer your ear starts to pick up little vagaries that indicate that Häxmästaren are a band who do not only draw their inspirations from the darker edges of metal but are a band with a much wider palette of influences, a palette that includes doom, stoner, old school metal and hard rock and it is this melding together of musical styles combined with the albums clever variety of vocal interplay that makes "Sol I Exil" such a unique and rewarding listening experience. 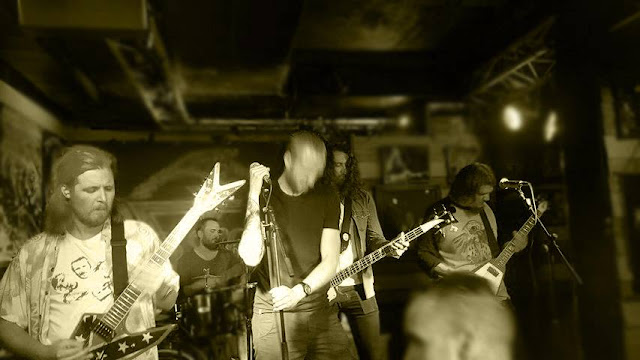 Unique, original sounding metal with its roots in many soils is what Häxmästaren deliver with "Sol I Exil" a type of musical Frankenstein stitched together from the memories of all that has gone before and the promises of what might come in the future
Check it out .....
© 2021 Frazer Jones
Posted by Desert Psychlist at 19:57