It is pretty obvious from the artwork gracing their debut EP "Vol.1" that Italy's Druids are another of those band with a Black Sabbath fixation. Druids, however, are not your archetypical Sabbath clones, yes there are plenty of Iommi-like riffs to sink your teeth into on "Vol.1" but you won't find any Ozzy-like vocal tones, no matter how hard you listen, and nor will you find this band just sticking to a Sabbath-esque blueprint in order to get their grooves heard. 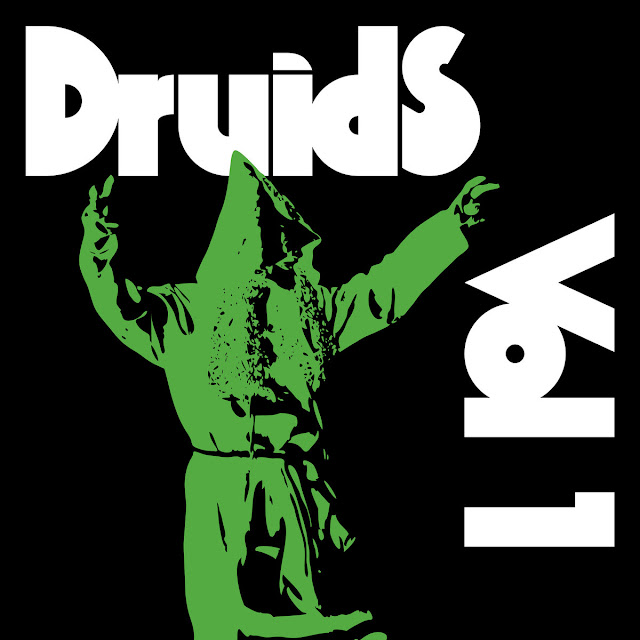 Given the bands admission to being apostles of the Black Sabbath sound Desert Psychlist is fairly sure that the first track of "Vol.1", the playfully titled "Lord ov the Riffs", is a veiled homage to both Beelzebub and that riffmeister extraordinaire Mr. Tony Iommi, certainly lyrically it references the horned one but musically we are not sure so it is quite so Sabbath-esque as the riffs used to decorate this song lean a little more towards the occult rock-doom of the 00's than they do the 70's proto-metallized doom of the Birmingham Four. Having said that there are numerous places on "Vol.1" where those two dynamics crossover but the biggest difference between Druids and their heroes is the Italians penchant for throwing off the shackles of their Sabbath influences and walking paths a little less travelled as they do on the excellent "Proceed the Weedian" where they mix a little gothic bluesiness and torch-like balladry into their occult-rock meanderings and come up with something quite unique if not a little brilliant. Vocally Druids are as far removed from Sabbath as it is possible to get with vocalist Luca possessing a voice that would not sound out of place fronting a band from the UK's late 70'/early 80's post-punk goth scene, his clean clear baritone the perfect match for the excellent and eclectic doom-lite grooves guitarist  Marco “Ciccio”, bassist Riccardo and drummer Gabriele serve up around and beneath him. It is these vocals combined with the bands dank, but not overly heavy,  grooves that make "Vol.1" not just an enjoyable listen and but also an essential one. 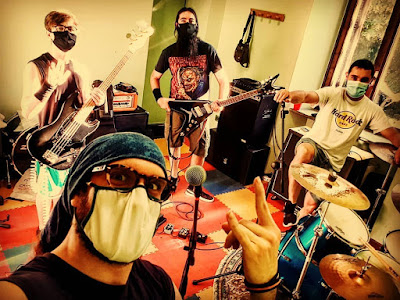 Italian doom is a unique animal, much like they did with their cult horror movies in the 70's the Italians have a tradition of bringing something a little different to the table with their doom, there is something a little more atmospheric, a little more theatrical and dramatic about Italian doom that you very rarely find outside of that country and with "Vol.1" Druids have more than upheld that tradition.
Check it out .....
© 2021 Frazer Jones
Posted by Desert Psychlist at 00:39