"Old school" is a phrase we often use in music to describe something that has an essence of the past, there are some that consider anything tagged as "old school" to be generic and maybe a little past its sell by date, and there is no denying that in some cases this can be true, however done right "old school" can still sound as fresh and as vital as anything that is considered cutting edge and progressive in today's music scene. Georgia's Blackjack Mountain take their lead from the golden age of rock, their grooves have an unmistakable 70's classic rock bias mixed with a little down-home southern swagger but those same grooves are infused with enough "new school" grit and growl to please even the most anti of "old school" music fans. Don't believe us?,, well then give their debut "Holding Time" a spin. 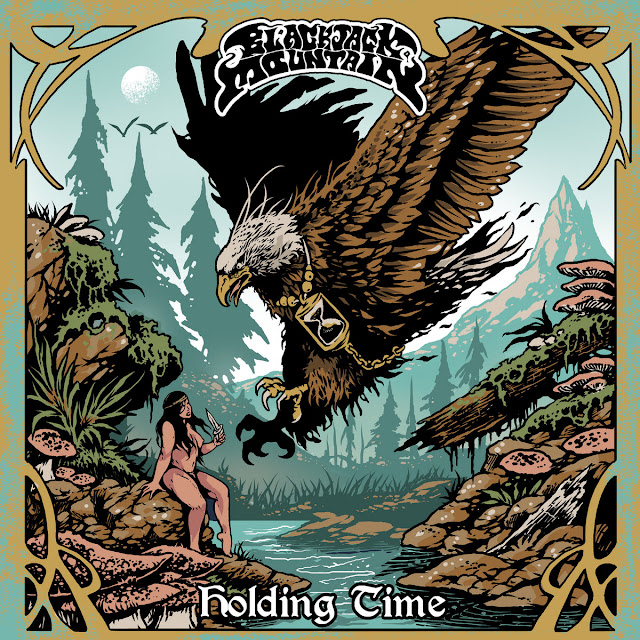 "Holding Time" starts off with "Intro", a track that samples some good 'ol boys decrying the morals of the rock'n'roll listening youth, that then erupts into "What I Need" a furiously paced hard rocker with an infectious vocal melody tied to a groove that is part southern rock swagger and part stoner/hard rock bluster. "Red Eagle" follows and here we find Blackjack Mountain putting aside their southern influences and embracing a more commercial hard rock sound, a sound  that would not sound too far out of place on one of KISS' better albums. Road song "Loaded Gun" is up next and sees guitarist Tyler Bates laying down chugging powerchords, over a backdrop of growling bass and solid steady percussion expertly provided by Clayton Kingsmill and Michael Bearden respectively, the songs lyrics telling us of "switching lanes and switching gears" while also boasting a chorus that will stick in the mind long after the track finishes. "Witch Of The Swamp" reignites Blackjack Mountains southern flame with a song that lyrically references a Cajun lady with the power to grant wishes while following track "Nevermore" throws a little funkiness into the equation while still maintaining an air of metallic bluster. "Nevermore" is followed up by "Devil In The Dark" is an out and out rocker that in places reminded Desert Psychlist of the excellent Raging Slab in their prime. On "I Don't Mind" the band decide to mix things up a little, the songs vocal melody having the feel of a power ballad but the songs backdrop of crunching chords and thundering rhythms feeling anything but. Penultimate song "River Flows" comes out of the traps with swaggering southern attitude on a stuttering hard rock groove before the band bring things to a close with "Echoes Of Time" an unexpected mix of lysergic haziness and southern crunch that in some ways pays tribute to all those southern rock bands that have paved the way (and some who are still laying the stones), its vocal harmonies laid back and hazy and its grooves, either intentionally or unintentionally, referencing everyone from The Allman Brothers to Black Stone Cherry. 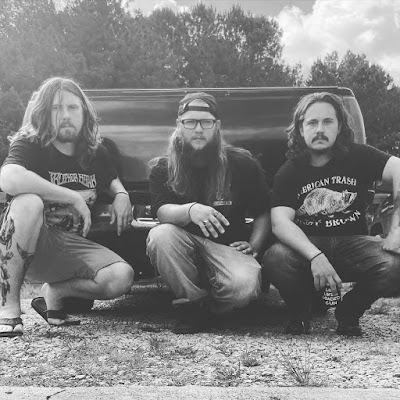 "Holding Time" is an album that cleverly traverses that gulf between what is considered mainstream rock and that which is considered underground, it is an album full of songs that would have any stoner worth his weight in fuzz drooling and dribbling over its crunching refrains and powerful rhythms yet it is also an album that should appeal to those who like their grooves melodious, catchy.and "old school".
Check it out ....
© 2021 Frazer Jones
Posted by Desert Psychlist at 10:16