Long Island trio Indus Valley Kings, Billy Fridrich (guitar/vocals); Jonathan Lesley Habers (bass/backing vocals) and Dan Lofaro (drums), were formed in New York in 2018 by Fridich and Lofaro, the two seasoned musicians who had been involved with a number of bands and projects around their native Long Island base and wanted to do something together. A year later the band recruited bassist Habers to the cause and so Indus Valley Kings were good to go and if you are good to go where better to go than a studio, the results of which can be heard on the bands self-titled debut "Indus Valley Kings" 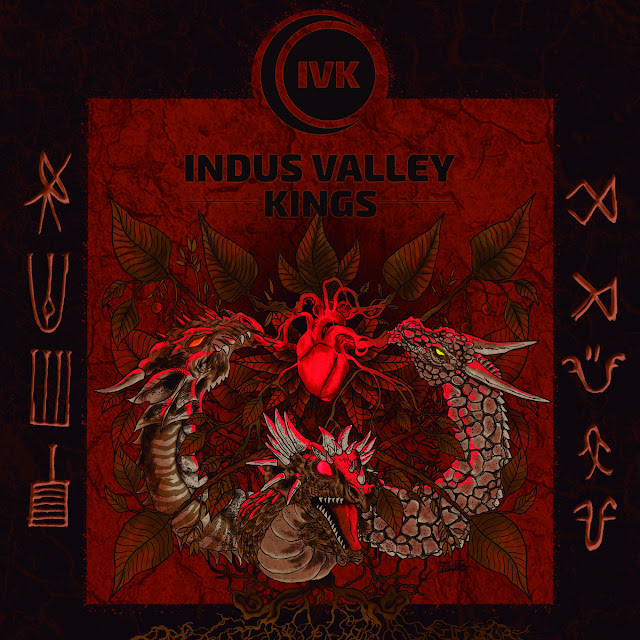 "Angels" opens Indus Valley King's debut opus and the song is a good indicator to the diversity of IVK's musical approach, the song has an initial groove and vibe that owes a huge debt to the desert rock of Palm Desert groovesters Kyuss but then, as things progress, we find band slowing things down and taking the song into a more doomic direction, albeit spliced with a little post-rock flavoured grunginess and bluesy swagger, Fridrich telling us in tones clear, clean and strong of  a "descent into darkness" and having "divinity erased". Following song "Cactus People" is a shapeshifting groove monster that is part desert rock, part proto-doom and part bluesy torch song all in the space of four minutes twelve seconds and all in that order while "The Method" draws from the same genre pool but mixes those genres up with a little more subtlety. "Remains of Yesterday" is up next, an emotive southern tinted tome that gives Fridrich the perfect excuse to let his inner guitar hero run free, his solos soaring and screaming over a backdrop of thick booming bass and solid industrious percussion. A more doomic dynamic is what you might expect from a song entitled "Devil" and IVK do not disappoint on that score, the song begins with Habers  plucking deep resonating notes from his bass accompanied by sparse percussion from Lofaro before Fridrich joins in and the band erupt into a low slung proto flavoured groove with the vocalist telling us that we "can't escape the soultaker", of course true to form it is not long before the band change course and the song explodes into a bluesy hard rock groove with Fridrich's guitar once again soaring off into the stratosphere. And so it goes on, through "Phoenix", "Scapegoat", "Rest In Waste" until finally coming to "1000 Wicked Souls", the band constantly shifting through gears, dynamics and signatures bringing to bear an intriguing  mixture of muscle and melody that along the way takes in aspects of doom, grunge, desert rock and the blues, often in the same song. 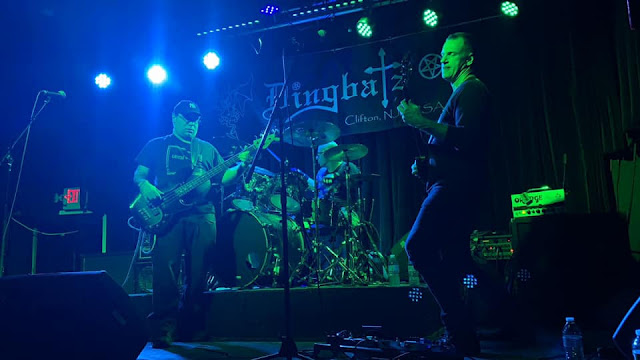 Aficionados of 70's hard rock and heavy blues, devotees of doom and suckers for a bit of stoner/desert grooviness will all find something to sate their appetites on IVK's self-titled debut, the album is a jamboree bag of musical delights that never stops giving.
Check it out .....
© 2021 Frazer Jones
Posted by Desert Psychlist at 03:18