Carmen Espejo (drums/vocals, Marga Malaria (bass/vocals) and Alba DDU (guitar/vocals) are Kabbalah a three piece combo from Pamplona, Spain with a penchant for haunting melodies and hazy fuzz drenched psychedelic guitar refrains. The band have been compared to USA's late 60's/early 70's occult rock pioneers Coven, and there are places where the two bands respective sounds do crossover, but it is also not hard to detect traces, in Kabbalah's sonic attack, of some of the more current occult flavoured doomsters like Blood Ceremony, The Devil's Blood, Purson and Jex Thoth, albeit with a little more haziness around the edges. After a series of well received EP's and an equally well received debut album, "Spectral Ascent", the band return this year with a new album, "The Omen" (Ripple Music). 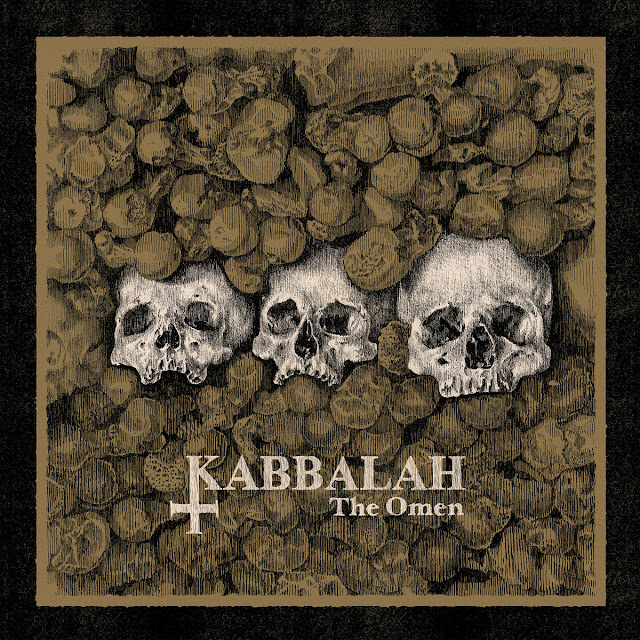 Someone once asked Desert Psychlist to explain the difference between "doom" and that which is described as "occult rock", we struggled with this question as both tend to explore similar lyrical themes and dark scenarios , so after mulling the question over the best we could come up with, besides saying doom is usually substantially heavier, is that doom is often more about portraying the macabre aspects of the dark arts whereas occult rock leans more towards the spiritual side, hence its more folk-like passages and ethereal aspects. If our take on the doom/occult question does hold water then Kabbalah very much fall into the occult equation with their sound utilizing ethereal harmonies, delivered in nursery rhyme(ish) meters over grooves drenched in warm vintage fuzz, with the lyrical content of their songs leaning more towards paganism than those tales of out and out horror traditionally associated with doom. Kabbalah's songs are about magic and evil but the magic they speak of is not of the Harry Potter variety but the magic of nature and creation, the evil they warn us of is not some horned apparition with designs on our souls but mankind as a species doing its level best to destroy that magic, something they make no bones about on the excellent "Ceibas" its lyrics telling us that the "human race is the disease". Even when Kabbalah do dip their toes into more macabre waters, as they do on "Labyrinth" with its mention of funeral pyres and "a black silhouette" who "dances on the fire", you get the feeling they are telling us the story from the perspective of someone looking on with sadness rather than wicked relish. 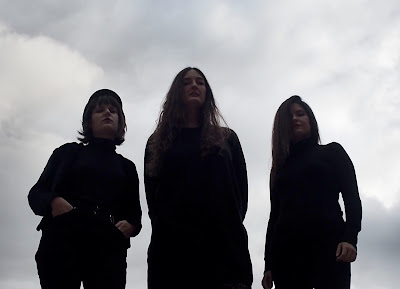 Those out there for whom doom means dank, dark riffs, growled or gothic vocals and Lovecraftian/Poe type lyrical imagery will probably find Kabbalah's "The Omen" a little too fey and wispy for their tastes, however those that understand the importance of bands like Coven and Black Widow on the doom we listen to today will revel in its authentic sounding late 60's grooves and it's pagan imagery.
Check it out .....
© 2021 Frazer Jones
Posted by Desert Psychlist at 13:03