Sabbath worship is an international commodity these days with bands from all over the globe chancing their respective arms to capture an essence of that sound once forged by four working class lads from Birmingham. UK's backstreets. Today we are reviewing an album by one of those bands for whom Sabbath's sound is somewhat of the golden chalice, a band hailing from Tokyo, Japan who although obviously inspired by the Birmingham four are not strictly tied hard and fast to that sound preferring instead to bring into that sound aspects from the full gamut of 70's and 80's rock. The band are called Hebi Katana and their album shares the same name. 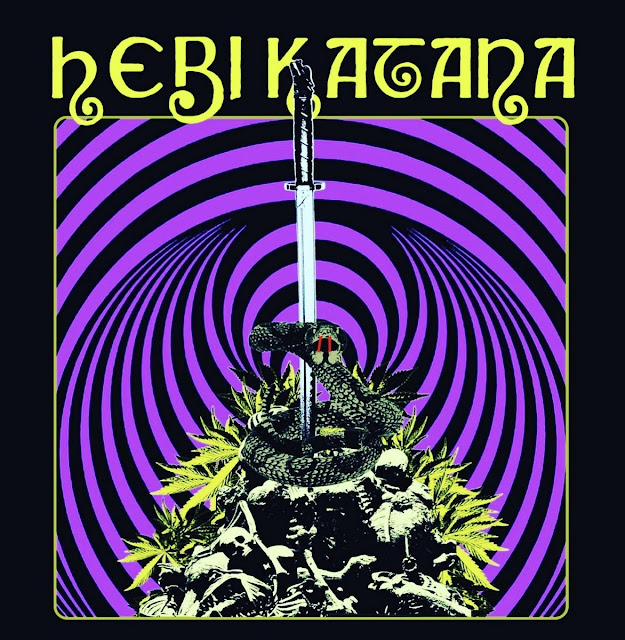 Opening track "Directions For Human Hearts" is the perfect example of Hebi Katana's penchant for melding their proto-doom with elements gleaned from the full spectrum of the rock cannon, the songs Sabbathesque riff is decorated in Ozzy(ish) vocal tones, with just the right levels of nasal delivery, but those tones are then placed into a grunge-like vocal melody, part of which is an obvious lift from Nirvana's "In Bloom". If you are not confused by now you will be when the song then takes a sudden detour into straight down the line anthemic instrumental hard rock territory in its last quarter. The confusion doesn't stop there either, on songs like "Reptile Machine", Inu Song" "Struggle With a Lie" and "Don't Know My Name" the listener is presented with aspects gleaned from greasy glam metal, hazy doomic psych, grungy alt-rock, hard rock and old school metal and that's without mentioning the acoustic interludes offered up on "Witch's Dance" and "Zephyr Phobia". Sabbath fans will lap up Hebi Katana's proto-doomic flavoured grooves but so will fans of  Dope Smoker, Soundgarden, Nirvana and even Guns'n'Roses, there is a little something here for everyone. 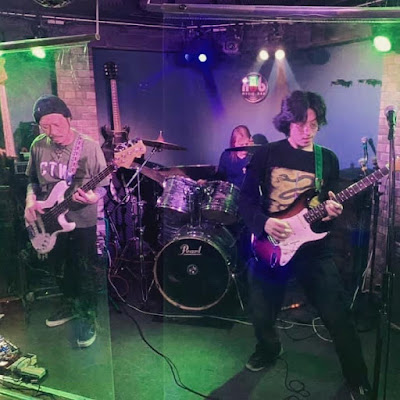 It could be said that what Hebi Katana are doing on their self-titled album is much like that which those scavengers found in the Star Wars movies do, constantly deconstructing something in order to construct something new. There is nothing here that you would not have heard elements of on a thousand albums by a thousand other bands working in a similar proto-doom/metal field but it is the way Hebi Katana put those elements together that makes this album work and sound so fresh to ears that may have thought they had it all before.
Check it out ....
© 2020 Frazer Jones
Posted by Desert Psychlist at 01:53