First let's start with a confession and that confession regards harsh vocals that border on the extreme and demonic, you see here at Desert Psychlist we are really not big fans of that type of delivery, however there are exceptions where they do work for us and Italian trio Three Eyes Left's latest release "Legione", and for that matter their two previous releases, fall into that category. 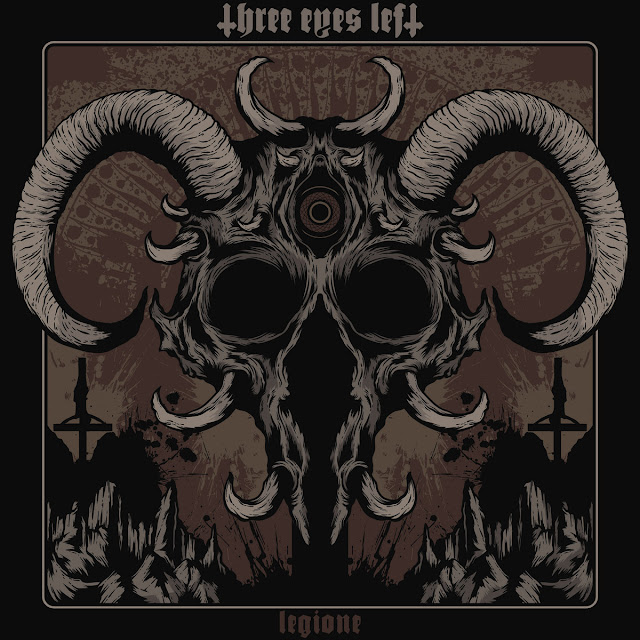 Brutality is a tool that Three Eyes Left wield with deft skill and talent but that is not all that this band are about ,there are subtleties to be found among these dense guitar riffs and thunderous rhythms. Take opening song "Sulfur" for instance with its creepy movie referencing narrative that leads into an heavily effected bass motif, ok the song does not take long before it erupts into an onslaught of thick crunching blackened riffage and pounding percussion but listen a little harder and you can just about detect beneath the surface the odd blues lick and the occasional Iommi -like vibrato making their presences felt, and let's not gloss over those momentary lapses into an almost clean, if slightly warped, vocal dynamic that are almost grungy in tone. As the album progresses through songs like "Satanauta", "We Are Legion", "Master Of Beyond" through to the albums finale "Procession With Spectre In The Wood" it soon becomes clear that those subtleties found in the albums opening track are not just a one off and are present throughout the albums nine tracks and are a huge and important part of the bands overall sound 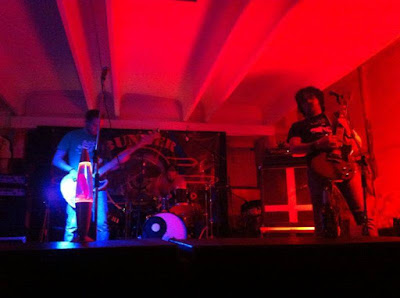 Desert Psychlist really cannot put our finger on the reasons why we are left cold by bands of a similar vocal dynamic and musical attack yet warm to what Three Eyes Left bring to the table, maybe its the sheer force of the bands attack that hits our soft spot or maybe its the musicality framing those feral vocals that stops us hitting the eject button when we listen to this band, all we can really say is that we dig what they do and leave it at that.
Check 'em out

Posted by Desert Psychlist at 13:11