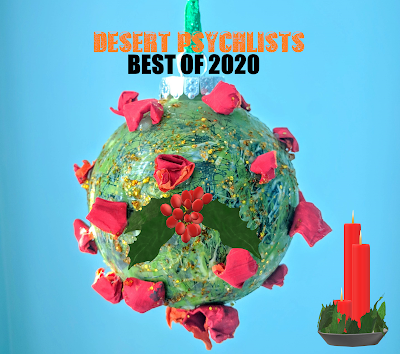 What a year this has been and mainly for all the wrong reasons, Presidential elections getting nasty, Governments making endless u-turns, Hollywood sex scandals, Royal Princes in disgrace, armed militia marching through streets, police brutality, racial tensions and a potentially lethal virus spreading like wildfire around the globe, however musically 2020 has been, what we call in Britain, an absolute corker! Musicians whether because of or despite of the virus have really stepped up to the plate this year and delivered killer albums/EP's with an almost factory line regularity, and its not just been the usual suspects who have delivered the goods, many of this years best releases have been debuts.

Here are 30 of Desert Psychlist's 2020 favorites, we could have easily stretched this out to 100 but time and space dictated that we kept things to a bite size portion. Of course you will have your own favorites from this strangest of years and your list may be completely different from ours but that is the beauty of music, one persons golden goose could well be another persons turkey, anyway here we go... 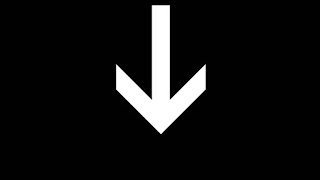 When rocking on a heavy groove El Rojo attack like a phalanx of Roman Infantry, their raucous riffs and rhythms coming at you in waves of overwhelmingly punkish ferocity, however when they momentarily step off the gas and allow their Jekyll to overide their Hyde you find they are also a band who can surprise you with their subtlety and lightness of touch.

If your a fan of bands like Windhand, Haunted (Italy) and Electric Wizard then Temple's "Funeral Planet" is an album that will tick all of your relevant boxes, it is an album that trades on treacle thick doomic riffage and ponderous thundering rhythms but also one that has a few unexpected surprises concealed within its black clad sleeves.

Big sounding stoner metal from the land of the Maori, heavier and scarier than an All Black's front row dancing a Haka!

Elder Druid's mix of blackened sludge and doomic stoner metal is harsh , heavy and relentless which is three reasons why we love what they do...

Solidly packed with everything that makes a great album, "Vs. Gargantuan" could well be considered one of the best albums to come out of the UK this year of our Lord 2020!

Desert rock from a band hailing from a country with no deserts, don't that let you be put off however because this is an album that captures the essence of sandy dunes and cactus better than some albums made by bands born into that environment.

These off the wall and unconventional Swedes deliver once again with Bjork-like vocals swooping and soaring over a mix of hard rock, psychedelic folk and heavy prog.
Absolutely essential listening!!!!!
#23:   Malsten ~ The Haunting Of Silvakra Mill
Malsten take the listener on a tour of Silvakra Mill a place where the spirits don't come in a bottle and wheat is not the only thing that gets ground to dust!
Spinetingling!
#22:   Vitskar Suden ~ Vitskar Suden
Don't try placing Vitskär Süden into a any genre, category or neat little labelled box because they don't fit into any, they are what they are and what they are is a very talented group of musicians creating music that is moving, meditative and beautiful.
#21:   Hammada ~ Atmos
"Atmos" is not one of those albums that smacks you around the head and demands you immediately fall in love with it, it is instead an album that uses stealth to achieve its goals, an album that slowly creeps up on you, song by song, gradually breaking you down with its mix of undulating grooves and thundering riffs until it finally becomes that go to album you never want to be without.
#20:   Rollin' Dice ~ Reroll
Dio-esque vocal pyrotecnics roared over crunching riffs and screaming guitar solos, driven from beneath by a tight and adaptable rhythm section give this album a truly "authentic" 70's hard rock feel.
#19: Forming The Void ~ Reverie
"Reverie" finds Forming the Void fully embracing their prog/psych side yet doing so without compromising on their signature sludgy heaviness.
#18:   Tortuga ~ Deities
Tortuga use atmosphere as if it were an instrument in its own right and they play the fuck out of it!
#17:   Gypsybyrd ~ Eye Of The Sun
Burn Ritual's Jake Lewis comes at you with a hazy, lysergic collection of spaced out grooves that will blow your mind to smithereens.
This is a trip!

#16:   Queen Marsa ~ Queen Marsa
A vocalist with a voice that has a blend of AC/DC's Bon Scott and Budgie's Burke Shelley and grooves that sit at the more 70's end of stoner rock, how could i pass this up!
#15:   Sleepwulf ~ Sleepwulf
There are no meandering twenty minute guitar solo's to be found here, no overly complex arrangements that confuse and confound nor are there an endless array of constantly shifting time signatures to deal with, instead we get a dazzling collection of superbly crafted rock songs built around that age old blueprint of intro, middle and outro, simple, basic and wholly effective.
#14:   Arcadian Child ~ Protopsycho
Cyprus' jewel in the stone(r) Arcadian Child return with their best yet, the band tapping into both their European and Middle- Eastern heritages to amaze and delight us with their lysergic laced grooviness.
#13:   10 Code ~ Ride
10 Code hail from Athens and jam a groove that takes a little classic/hard rock, sprinkles it with a pinch of grungy alt-rock and then tops it all off with with some nicely warmed stoner fuzz, a recipe that makes their latest release "Ride" a very tasty dish indeed.
#12:   Acid Mammoth ~ Under Acid Hoof
"Under Acid Hoof" is a superb follow up to the bands debut "Acid Mammoth" and should go a long way to cementing their place as one of the leading lights on Athens burgeoning doom scene, now go tell the Spartans!
#11:  Swamp Thief ~ I
Two man stoner unit from Swansea, Wales cranking out filthy toned guitar riffs and thundering rhythms over which are poured gritty clean vocals.
#10:   Somnus Throne ~ Somnus Throne
Somnus Throne do not write three minute ditties, neither will you find this band penning lyrics detailing the vagaries of unrequited love, this is a trio that have travelled down the dark highways of life and those experiences are reflected in the music they make and the lyrics that decorate that music.
#9:   Rosy Finch ~ Scarlet
Mireia Porto promised, in press releases, that the new sound of the band would be "very visceral and heavy" and Desert Psychlist can confirm that, with "Scarlet", Rosy Finch more than delivers on that promise.
#8:   Sound of Origin ~ The All Seeing Eye
Sound of Origin return with a new album, a new singer and a new sound. Harder, edgier and heavier than their debut "The All Seeing Eye" floats like a shark and stings like a scorpion!
#7:   Dixie Goat ~ There's No Light Without Darkness
If your not familiar with Chile's  Dixie Goat and are wondering why you should be bothering listening to music from a band situated at the ass end of the Southern Hemisphere well then wrapping your ears around the bands new album "There's No Light Without Darkness" will explain all!
#6:   Thammuz ~ Into The Great Unknown
Thammuz deliver a sound that runs the whole gamut of "underground rock" from dusty sand blasted desert rock through to dank doomic stoner metal, touching on blues. psych, punk and classic/hard rock along the way!
#5:   Ethereal Sea ~ Forgotten Memories of Tomorrow
Swinging, soulful, a touch psychedelic and with just the merest hint of country rock edginess and blusesy swagger "Forgotten Memories of Tomorrow" is an album that marks a huge leap in Ethereal Sea's development.
#4:   Sun of Grey ~ Outerworld
It has been three years since Sun of Grey blasted our brains with their self titled doomic two tracker but its been worth the wait, awesome is too small a word!
#3:   Iglesia Atomica ~ La Guerra del Fin del Mundo
Absolutely mind-blowing instrumental jams from the masters of the art! Our personnel opinion is this is their best yet!
#2:   Troll Teeth ~ Goes Nowhere, Does Nothing
Concept albums are always a little hit or miss but Troll Teeth's "Goes Nowhere, Does Nothing" is all hit! This is a concept that tells its story just how you might read it from a book, easy to follow, full of the requisite villains and monsters that you would expect from a good tale but also with just the right amount of mystery and ambiguity to keep you guessing right up to the end.
#1:    REZN ~ Chaotic Divine
What is it that makes bands like Tool, Elder and All Them Witches stand out from the crowd when that crowd is made up of very adept bands full of equally adept and skilled musicians? The answer is risk! The bands mentioned at the top of this piece possess a fearlessness that sets them apart from the following herd simply because they are willing to experiment, to take chances and steer their music down unexpected avenues that may take them down cul-de-sac's but could equally open up whole new musical horizons. Chicago's REZN are not quite yet in the same league as those bands mentioned above but the quartet of Rob McWilliams (guitar/vocals/oud); Phil Cangelosi (bass/vocals/bağlama/rainstick); Patrick Dunn (drums /percussion/ sitar) and Spencer Ouellette (synthesizer /saxophone/flute/percussion) are certainly heading in the right direction if the bands latest album "Chaotic Divine" is anything to go by.
Well that's it folks Desert Psychlist's list of our favourites from 2020, it's been a a hell of a year but one set to a fantastic soundtrack!

So now it's time to thank all those that have played their parts this year, Michele for her endless support, hugs. kisses and transport duties, Vikki, Billy and Sian for being the best kids a Dad could ever hope for, grandchildren Ethan, Austin, Rowan and Amber for filling my heart with a new kind of love, Sreve Howe (of Outlaws Of The Sun) and Reek of Stoom (of Howls From The Hollows podcast) for constantly pointing us in the direction of new grooves and for late night chats, Joop Konraad (of Stoner Hive) for support and shout-outs, all the members at Retro Rockets for reminding us of our roots, Leanne Ridgeway (of Riff Relevant) for support and laughter., Bucky Brown ( of The Doom Charts/ The Ripple Effect) for all his hard work and cooking posts, all the contributors at The Doom Charts who monthly go that extra mile, all the record labels and PR companies for the promos and updates and last and but not least all the musicians and artists who constantly provide the grooves that shine a much needed light into our often drab lives. THANK YOU ALL!!!! 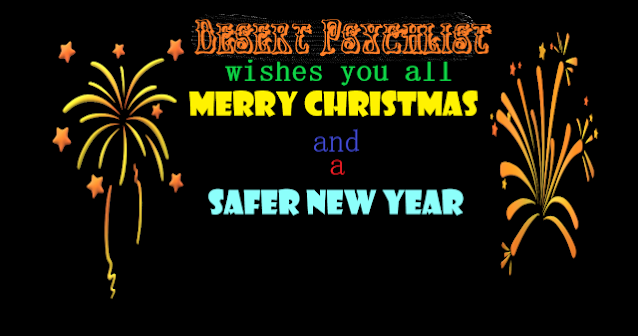