Desert Psychlist makes no apologies for once again featuring a Greek band on these pages, especially a band like King Mountain whose blend of stoner fuzz, soulful southern swagger and bluesy hard rock bluster is like manna from heaven to our riff battered ears. King Mountain, much like their fellow Greek contemporaries Honeybadger, take their influences from a more "classic rock" perspective than some of their more raucous countrymen , their sound having more in common with the more melodic hard rock of Bad Company and Free and the more southern rock sound of  Lynyrd Skynyrd and Blackfoot than it does the more abrasive attack of their Greek contemporaries Planet of Zeus and Dope Default. Having said that there is no dearth of crunch and bite to the grooves King Mountain serve up for our listening pleasure on their latest release "Days of Redemption", as hopefully, after reading this review, you will soon realise. 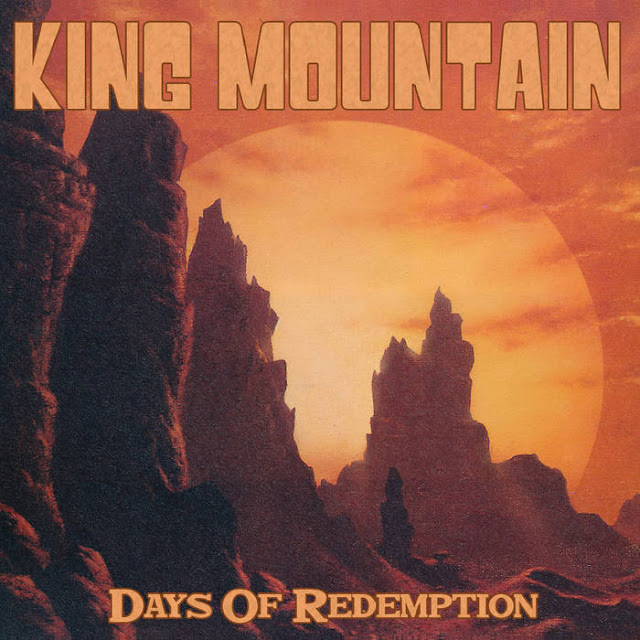 Things begin well with first track "Rise Above the Ashes", a strident mixture of hard rocking riff rock and soulful southern melancholy, and get progressively better as the album goes on. King Mountain have a knack of knowing how to structure a good rock song, a band who can write songs that will rock your socks off with their raucous riffs one minute then touch your heart with their soulful melodies the next, and they do this over and over again, often all in the course of just one song. Let's not pretend King Mountain are some punk rock inspired stoner rock band brought up on tales of generator parties beneath the moonlit skies of Palm Desert, California, no this is a band who have been brought up on 70's classic rock, that time when melody went hand in hand with raunch and a band was not looked down upon if they got a little mellow and retrospective from time to time, in fact it was expected. Soulful is a good way to describe the vocals that inhabit each and every one of the nine songs that make up "Days of Redemption", as they contain a lived in weariness that adds a certain amount of gravitas to the tales they tell with songs like "Justice & Salvation", "Obsessed" and "Evil Dust". These vocals are backed by musicians that can shift through dynamics like a racing driver might shift through gears, heart wrenching guitar solos' being replaced by crunching chord progressions, growling bass motifs making way for liquid lines, pounded drum skins stepping aside for shimmering cymbals, the band combining together to create a sound that although harks back to the golden age of rock is very much still in the here and now. 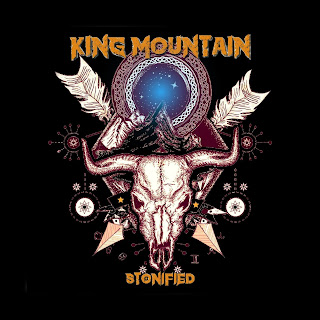 Lovers of Bad Company, Free, Lynyrd Skynyrd and Blackfoot will immediately get "Days of Redemption" as will those that have a soft spot for bands like Burning Tree, Cry of Love and Raging Slab, those that don't get what King Mountain bring to the table may just need to have their mojo's given a radical overhaul!
Check 'em out ....

Posted by Desert Psychlist at 00:22