C'mon be honest , you knew it wouldn't be long before Desert Psychlist dragged you kicking and screaming back to Greece to check out yet another of the countries ever-growing roster of kick-ass bands but as the self-appointed ministers for Greek underground culture Desert Psychlist feels it is our duty. Today we introduce you to a quartet going by the name Tencode (also known as 10 Code), the band, Petros Potamianos (vocals, guitar), Apostolos Boules (guitar), Haris Anagnostou (drums) and George Paraskevopoulos (bass), hail from Athens and jam a groove that takes a little classic/hard rock, sprinkles it with a pinch of grungy alt-rock and then tops it all off with with some nicely warmed stoner fuzz,  a recipe that makes their latest release "Ride" a very tasty dish indeed. 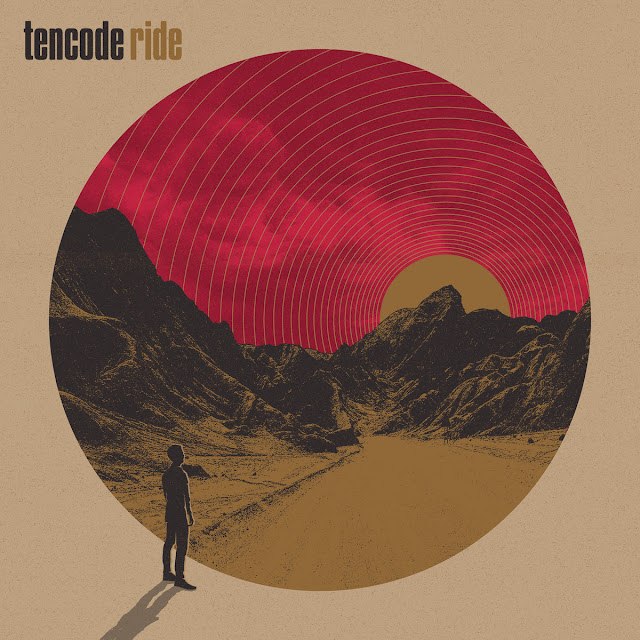 There is a whiff of Audioslave's "Cochise" about "Let Go", the track that opens "Ride", not so much in its vocal delivery or overall sound but more in the manner of its attack, Audioslave were making a statement with their debut single, announcing their arrival with a full on metallic onslaught and "Let Go" has very much that same feel. Given this information it is not hard to come to the conclusion that 10 Code are a band who take their influences from the heavier end of the grunge/alt-rock scene, especially the aforementioned Audioslave and Soundgarden, but you will also hear elements garnered from the full spectrum of the rock canon scattered throughout the eight tracks that make up "Ride" with aspects of 70's hard rock and 90's stoner rock all making their presence felt on songs like "Be Nothing", "I Rule The World" and "Inside Your Head". 10 Code are not averse to wading into more mainstream waters either, title track "Ride" having the sort of crossover appeal that could easily see it gracing the playlists of commercial rock radio. Musically the band are as tight as a Boa Constrictors grip on its prey, guitarists Boules and Potamianos' trade off of crunching powerchords, tasty licks and searing solos are perfectly complimented by Paraskevopoulos' throbbing bass lines and Anagnostou's industrious and solid drumming, it is however Boules powerhouse vocals that the listener will probably come away remembering the most, the guitarist/vocalist does not quite have the range of a Chris Cornell or a Myles Kennedy but he does his damn best to come close. 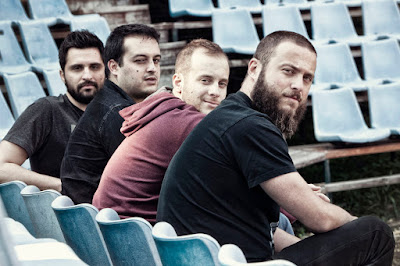 10 Code have a sound that probably comes across a little more sophisticated and polished than many of the Greek bands Desert Psychlist has covered on these hallowed pages but do not mistake sophisticated and polished for lightweight and lame, 10 Code have the melodies and the hooks but they also have the might!
Check 'em out ....
© 2020 Frazer Jones
Posted by Desert Psychlist at 04:03