Evo Borruso (vocals); Fabrizio Miceli (guitar); Fabrizio Vuerre (guitar); Pasquale Carapella (bass) and Antonio Rimolo (drums) are El Rojo, a five piece stoner/desert collective from Morano Calabro, Italy with groove in their hearts and fuzz flowing through their veins. The band have just released "El Diablo Rojo", the follow up to their well received debut "16 Inches Radial", and if you like your grooves raucous, rockin' and righteous then you are in for a treat! 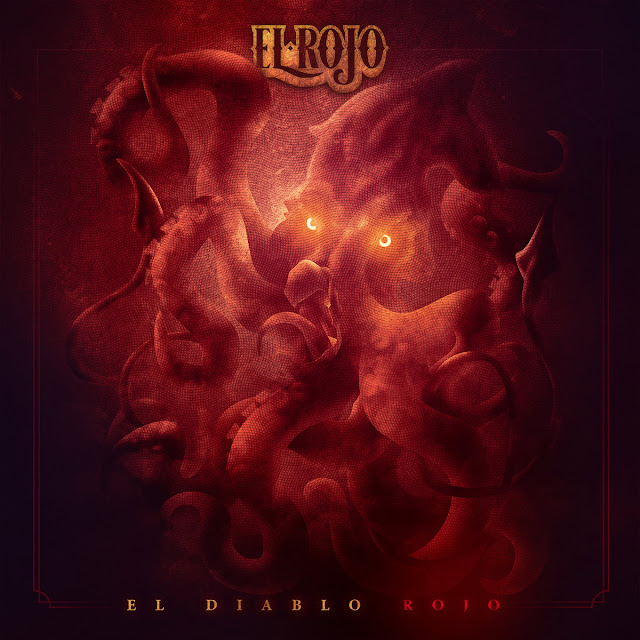 If you were a fan of that first wave of desert rock bands ,who were birthed from those generator parties that gave us the likes of  Kyuss, Dozer and Yawning Man, then El Rojo's raucous refrains and strident grooves are going to go down very well with you. Not many realize that it was punk rock and not the hard rock of the 70's that was the major influence on those early desert bands and that those hard rock edges only started to really creep into the scene much later on down the line. El Rojo are a band who's music mirrors that transition from a rawer punk sound to a more harder rock dynamic, their raucous buzzsaw guitar riffs have the aggressive edge you would expect from grooves that border on punkish but are tempered by the type of catchy hooks and swirling guitar solos you would more likely encounter from bands who take their influences from the 70's. Of course the appeal of an album packed with songs that are just a relentless assault of raucous fuzzed out riffs and full on rhythms is going to wear thin after a while and so El Rojo vary things up by throwing in to some of their songs a variety of curveball elements, like on the excellent "Colors" where the band get to flex their doomic muscles or like on "Ascension" where the band mix that doomic muscle with a touch of lysergic texturing. El Rojo are not adverse to bringing things down to a more retrospective level either as they prove on the reflective "Cactus Bloom" a song that begins laid back and chilled but then gradually grows in intensity until exploding into a bluesy torch song that lyrically tells a metaphoric tale of hope growing out of adversity. The band brings things to a close with "Dragonfly" and much like its predecessor it starts tranquil and relaxed with acoustic guitars strummed and liquid bass lines booming with its vocal delivered in restrained tones but then suddenly erupts into one of those heavy desert grooves, that are the bands signature throughout most of "El Diablo Rojo", with amps turned up to eleven and rhythms rolling like thunder beneath swirling guitar solos and grizzled clean vocal tones. 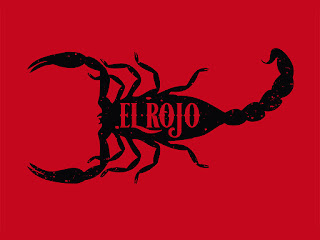 When rocking on a heavy groove El Rojo attack like a phalanx of Roman Infantry, their raucous riffs and rhythms coming at you in waves of overwhelmingly punkish ferocity, however when they momentarily step off the gas and allow their Jekyll to overide their Hyde you find they are also a band who can surprise you with their subtlety and lightness of touch.
Check 'em out ....
© 2020 Frazer Jones
Posted by Desert Psychlist at 11:24