Desert Psychlist has struggled before with trying to describe music to our readers that doesn't quite fit into those neat little boxes we often use to compartmentalize the music we listen to but the album we are reviewing today has been our hardest challenge to date. "Royal Rum Board Night" is an album from Sin, a power trio from Rennes, France whose only rule is to not have any rules, they are a band who don't observe boundaries or borders, a band who are fearless and unwilling to compromise, a band who are unpredictable and above all exciting! 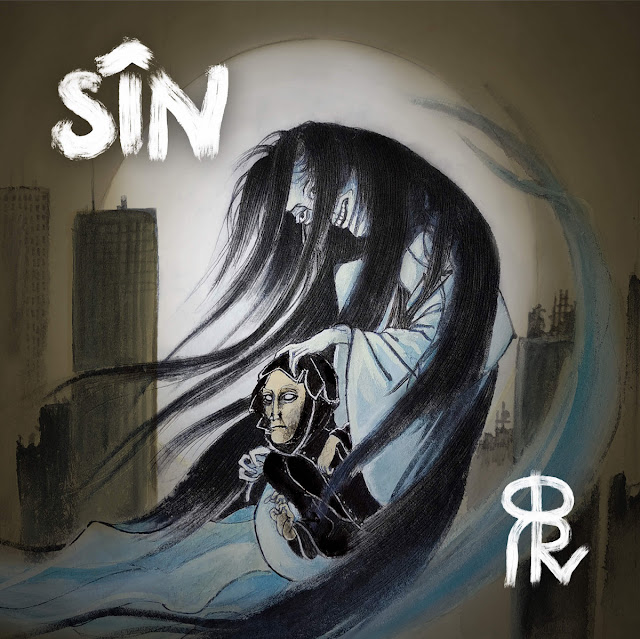 If there was any justice in this world then Gus Paulhan (guitar/lead vocals/keys/percussions/mandolin) Célestin Herault (bass/vocals/violin/assorted noises) and Flav Gouault (drums/vocals/percussion) would be carried shoulder high through our streets, lauded as saviors of intelligent rock music, heirs apparent to the crowns of Elder and All Them Witches, unfortunately that will probably not happen. Why this will not happen is because Sin are probably a little too eclectic, too angular and too diverse for their own good, the bands penchant for skipping across genres and styles with their music being probably a stretch too far for the casual rock fan to take in all at once. However for those with a broader musical palette Sin are like manna from heaven, a band who are a sum of their influences, influences that include such opposing elements as jazz, pop, prog and math rock as well as the usual suspects of stoner rock, psych and doom. Nothing is a given with "Royal Rum Board Night" songs like "Quintessence", "What If...", "Purpose" and "Watching" may start their journey's on one path but very rarely do they stay on that path, a brutal riff can at any moment make way for a ringing arpeggio, a section of post-rock ambience may suddenly morph into a swirling heavy psych freak-out, all of which are decorated in a mix of clean lead and harmonized vocals  It is this unpredictability of moods and the bands refusal to conform to a stereotypical rock blueprint that make listening to "Royal Rum Board Night" at times challenging but always exciting. 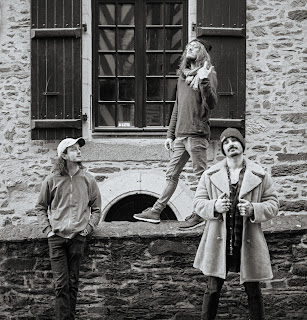 Someone once said "he who is without sin shall cast the first stone" well do yourselves a massive favor, put down your stones and get yourself some Sin, you won't regret it!
Check 'em out