The name Siberia, to those brought up on cold war stories and historic novels, conjures up images of extreme cold and long hard winters so music from a band hailing from that province might be expected to reflect a certain iciness in their music, wrong! Witchcult, Elena Cherepanova (vocals), Stanislav 'Brudywr' Ambartsumov (guitars), Anton Ryazantsev (bass) and Alexander Dvornikov (drums), hail from Inkutsk, Russia ,on the more temperate edges of Siberia, and their music although imbued with a certain doomic dankness also contains a warmth and charm that belies its place of origins chilly reputation, something their debut album "Bewitched Forest" is more than testament to. 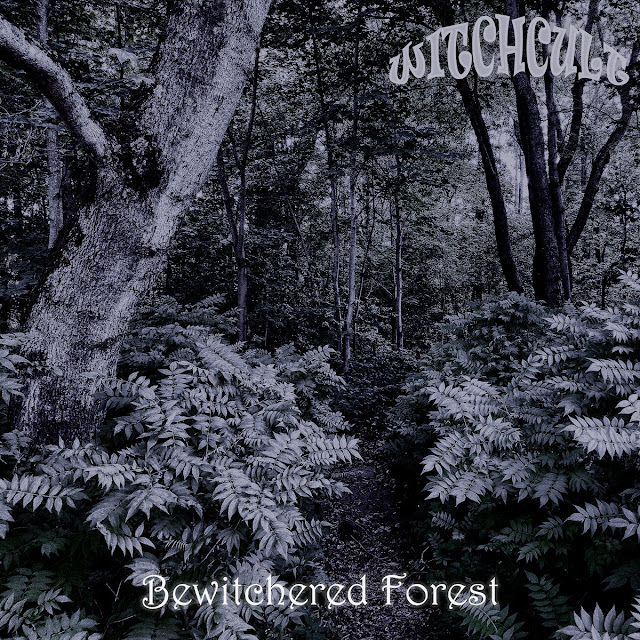 That Witchcult arrive with a list of influences that not only includes the obligatory Black Sabbath and Electric Wizard but also that of the more psychedelic Allah Las and Holy Wave sort of tells its own story. Witchcult are a band whose grooves are as heady as they are heavy, an amalgamation of lysergic trippiness and bluesy swagger blended with a crunching dank core that sonically sits on the more doomic side of what we now call occult rock/metal. That dank core, provided by Ambartsumov's mix of crunching riffage and bluesy Iommic solo's, Ryazantsev's grizzled bass lines and Dvornikov's solid, tight percussion, is the heartbeat driving songs with titles like "Too Dead", "Witch's Potion" and "Amphibian Dawn", a heartbeat offset by Cherepanova's distinctive low key but effective vocals, the singer eschewing the usual ethereal tones associated with music of a doom/occult nature for a deeper, huskier delivery that is part singing, part intoned narrative. 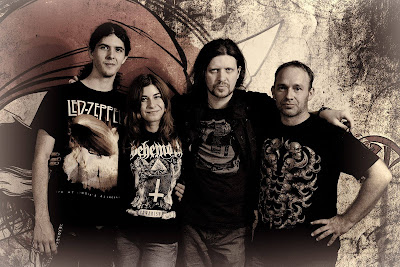 Witchcult, with "Bewitched Forest" straddle the fence dividing doom from its more occult cousin, feet dangling tantalising either side, not quite one or the other yet a little of both.
Check 'em out …..