Slug 13, a guitar and drum duo from the leafy backwaters of Surrey, England, have had a checkered history, the duo began life in the 90's as trio calling themselves Slug. Slug garnered praise from many quarters and shared stages with some of the period's prime movers and shakers before finally calling it a day in 1993. The band reconvened in 2013 but after losing two bassists in quick succession decided to forge ahead as a duo. Slug 13, Richard (drums) and Nick (guitar/vocals), are an angry band who voice their frustrations and fury through their music, a frustration and fury that is mirrored throughout the six tracks of their latest release "Cut", 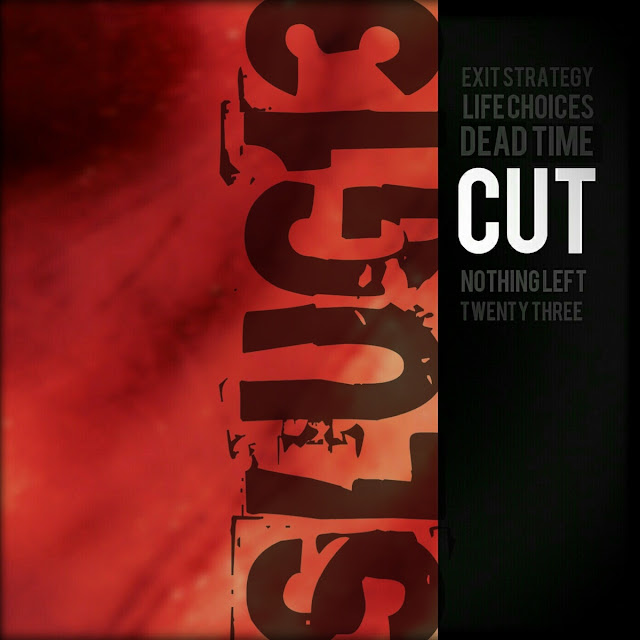 Originally born out of the grunge/noise/alt.rock scene of the 90's Slug 13's more recent sonic experiments has seen the band leaning towards a more harder stonerized aesthetic a fact borne out by  the duo sharing stages with many of the stoner/hard rock and metal scenes established and up and coming bands. This is not to say that Slug 13 have gone through some sort of drastic musical change or altered their direction in any way, just that they have subtly tailored their sound so as to remain on top of their game and still be relevant. Anger fuelled much of Slug 13's original sonic attack and that anger remains a huge part of their sound today with the band going for the throat from the very first note of "Cut" to the very last. From the nihilistic jarring, jerking, riff heavy "Exit Stategy" to the fuzz drenched guitar noise and tribal beats of "Twenty Three" Slug 13's ethos seems to be one of attack before being attacked, the band assailing the senses with raging rap/rant metered type vocals served up over an unrelenting wall of furious distortion and fuzz driven hard by pummelling, powerful percussion. 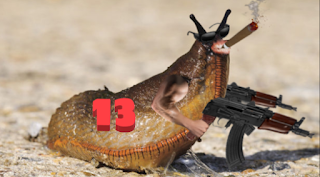 Nihilistic, pessimistic and angry just about sums up the lyrical content of Slug 13's "Cut" yet despite this "Cut" is a highly enjoyable collection of songs that although might have you reaching for the ant-depressants will also have you hitting the repeat button.
Check it out …..