Heavy progressive metal music is not always an easy thing to pull off convincingly and when, as in Massachusetts power trio OXEN'S case, you add in to that mix  elements of sludgy brutality and dank doominess well then things get even harder. Thankfully OXEN have no difficulties in marrying these elements, and many more, together as the band prove to great effect on their brand new album "Low". 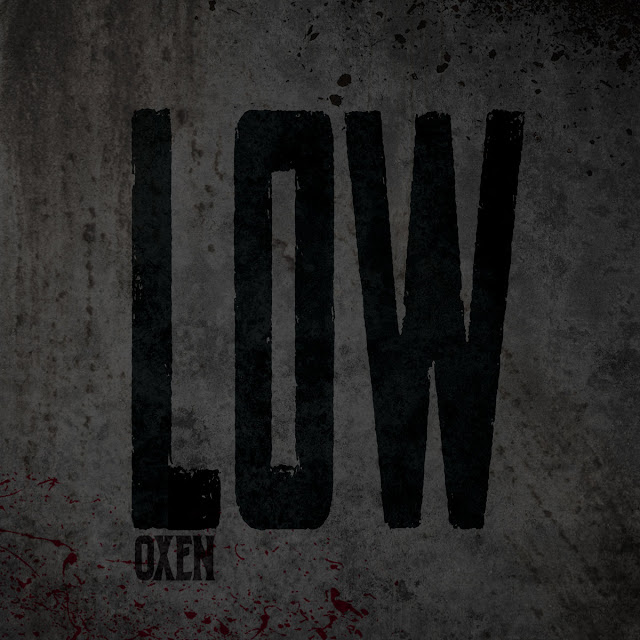 With a massive 16 tracks dwelling beneath it's cover " Low" delivers plenty of rock for your buck and in these days when cash doesn't go as far as we would like it to, that has got to be a bonus. "Low" starts on high note with "Phantom Limb", a huge sounding opus utilising a mix of clean mellow and gruff growled vocals over a backdrop of gigantic crunching riffage and complex rhythms, and doesn't stop delivering until "Shadow of Substance" fades noisily into silence. Comparisons could be made with both Georgia's Baroness and Florida's Torche but those comparisons would only be due to the fact that both bands toy with the same elements of melody and sludgy brutality that Oxen use to define their grooves, the truth is Oxen are very much their own creation. Scattered amongst their strong powerful harsh and melodic vocalised songs Oxen also manage to sneak in four instrumentals, entitled "I", "II", "III" and "IIII", each has it's own grainy psychedelic charm and heavy stonerized elegance and all four go a long way in showing that this talented trio are not just a one trick riff roaring pony. It is however those songs utilising the differing tonal vocals of each member that really seals the deal on "Low" with the already mentioned "Phantom Limb", the emotive "Strive" and the excellent "Rise of the Apprentice" being among Desert Psychlist's particular favourites. 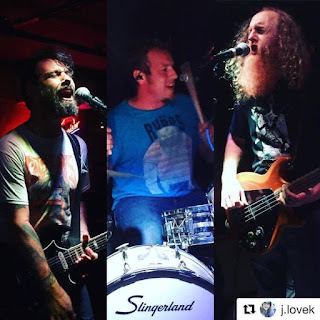 Oxen are a band who, in Desert Psychlist's humble opinion, deserve to be mentioned in the same respectful breaths as their contemporaries Kylesa, Baroness, Black Tusk, Torche and even The Melvins, "Low" may just be the album to make that happen.
Check it out ….