Denmark's Grusom, Nicolaj Hoffmann Jul (vocals), Jakob Kaae (drums), Dennis Warburg (guitar), Thomas Ulrik (guitar), Søren Olesen (bass) and Peter Pørtner (keys), have a sound that once heard is never forgotten, the band hit a groove that is part early 70's classic rock and part progressive folk and part bluesy bluster, a groove that is undeniably retro yet is still very much contemporary and current. The band have released a steady stream of EP's and tracks as well as a well received debut album "Grusom" and have just released their second full length album  "II" (Kozmik Artifactz) 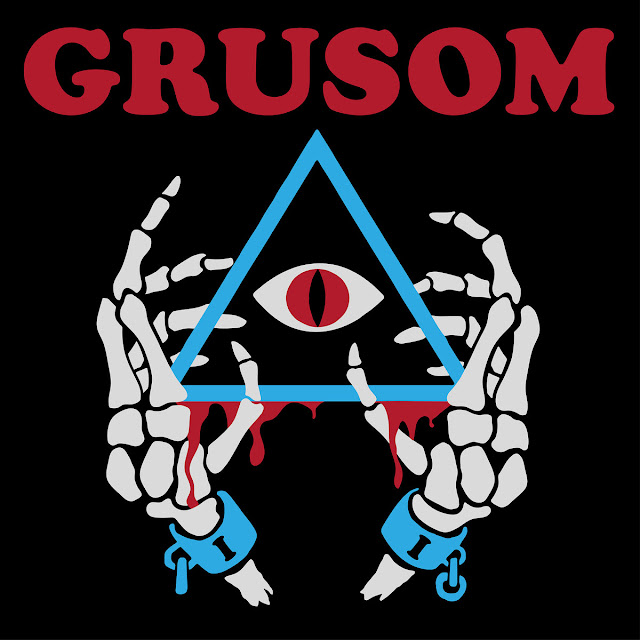 Grusom have been described as sounding like a hybrid between Swedish hard rock bluesters Graveyard and North American 60's legends The Doors and although it is easy to see why those comparisons have been made Grusom are a band who have many more strings to their collective bows. Grusom are a band with a heavy and distinctive  keyboard presence and sooner or later any band with that presence will get lumped in with either The Doors or Deep Purple, the spirits of both Jon Lord and Ray Manzarek do hover around the edges of many of the tunes on Grusom's latest release but there is a far more doomic feel to the way Portner uses his ivories. Portner's keys swell and swoon beneath Ulrick and Warberg's crunching riffs and bluesy solo's an give songs like "Skeletons" and "Embers" a truly "classic rock" feel yet one that is very much informed by the stoner/hard rock and doom of today thanks, in part, to the huge rhythmic platforms provided by Oleson and Kaae, the bassist and drummer laying down huge and diverse rhythmic foundations for Ulrick, Warberg and Portner to decorate with their respective instrumental colourings and textures. When faced with grooves that carry even a hint of "classic rock" in their arsenal you need a vocalist who can match those grooves with clarity and power and in Hoffmann Jul Grusom have a vocalist of true calibre. Hoffman Jul is a vocalist who may not possess the bluesy holler of a Robert Plant, the soulful howl of a Steve Marriott or the smooth bluesy gravitas of a Paul Rogers but what he lacks in those departments he more than makes up for with his gravelly phrasing and forceful, at times almost folkish, delivery and tone. 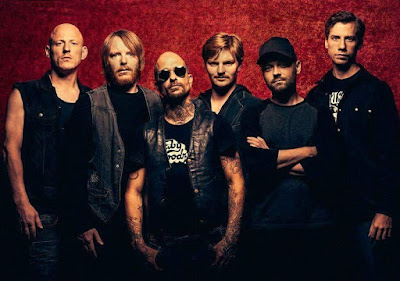 "II" is a stunning return from a band who had already converted many to their cause with their 2015 debut "Grusom", and if you dug that release then your going to go batshit for this one
Check it out ….. © 2018 Frazer Jones
Posted by Desert Psychlist at 10:23