Back in 2015 Desert Psychlist wrote, during the course of reviewing a debut album by Athens, Ohio trio Druid, "We really hope this band manage to climb all the hurdles that road weariness, ego’s, music business politics etc. will inevitably throw in front of them, and that they will stick together, we would love to see how this band progresses", Words ,some might say, that had the potential to come back and bite us on the ass but thankfully Druid did stick together and did progress and that progression can be heard in every guitar chord, every bass note and every drum beat of the bands latest release "The Seven Scrolls". 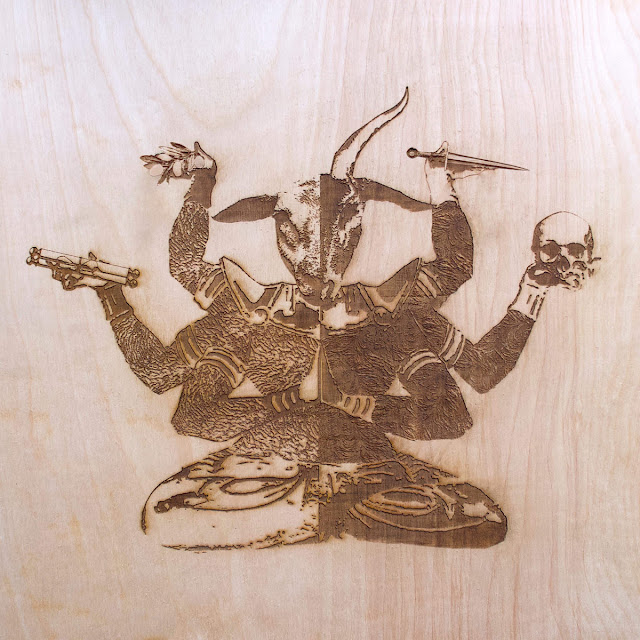 The eight songs that make up "The Seven Scrolls" are broken down into chapters numbering one to seven with a brief and delightful instrumental acoustic interlude inserted between chapters six and seven entitled "Interlude (St. Patrick's Dance)". Lysergic and psychedelic are two words that come to mind while listening to "The Seven Scrolls", however that psychedelic vibe comes not from the modern school of psych, that is the current territory of bands like Earthless, Comet Control and to some extent Sergeant Thunderhoof and Merlin, but from the more pop-psych and progressive experimentations of the late 60's and early 70's, Druid hitting into a groove that sits somewhere between the folk/pop musings of pre-Steve Howe and Rick Wakeman UK proggers YES and the heady guitar fuelled lysergic outings of the USA's Quicksilver Messenger Service and Spirit. To Druid melody is just as an important factor as bite and there is plenty of both to be found among the "chapters" of this enthralling and spellbinding album, the melody coming courtesy of its wonderfully mellow vocal harmonies and transcendental grooves, the bite raising its head in the shape of its occasional, and sometimes sudden, shifts into heavier proto-metal territories. 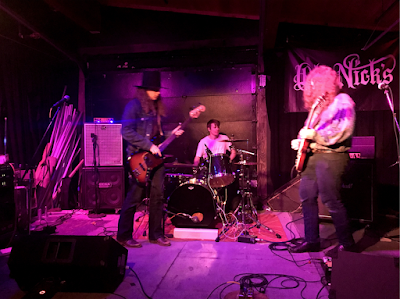 Imagine taking some of the finest musicians from the psychedelic/prog crossover days of the sixties and seventies and placing them in a modern studio, with all its bells and whistles at their disposal, and telling them to make an album, the results, just might, arrive somewhere close to the sound Druid have achieved with their latest album "The Seven Scrolls"
Check it out ….