When, in 2016, Wisconsin quartet Shogun released their self titled EP "Shogun EP" Desert Psychlist went a little overboard with, rightly deserved, praise for a release that at the time blew us away and is still doing so to this day, telling the world, via these pages, that their debut release was "something a little special". The band, Max Muenchow (bass guitar and synth), Alvin Vega (drums), Sam Wallman (guitars and synth) and Joe Widen (vocals), return to this year with a new release "Infinitet" so let's see if they can improve on "special" 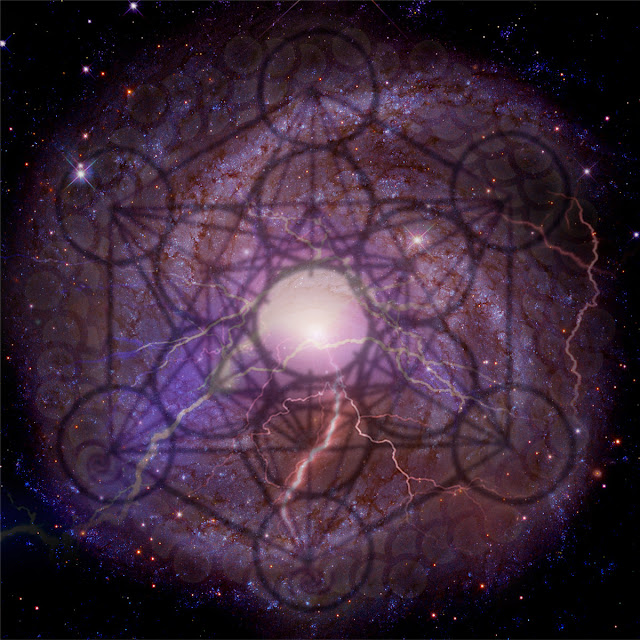 As the droning intro, decorated with minimal acoustic guitars, synthesised bird calls and thunder, of first track "Ex Nihilo (Genesis)", makes way for an onslaught of filthily fuzzed bass and guitar, driven by thunderous percussion, the omen's for whether Shogun can take things to the next level look and sound very promising indeed. The first thing that becomes apparent, when listening to the four songs that make up "Infinitet", is that the bluesy proto-metal (ish) attack of the debut EP has not so much been replaced but has been given a more grittier and aggressive edge, an edge that is a little more metallic and doomic yet still retains an air of bluesy bluster and proto swagger at its core. Production-wise "Infinitet" is huge with Muenchow's big booming, grizzled bass lines and Wallman's filthy toned guitar riffs and scorching solo's coming out of the speakers like a hurricane especially when pushed by Vega's pounding, punishing percussion. It would take a strong vocalist to compete with the levels of sound Wallman, Muenchow and Vega emanate from their respective instruments and in Joe Widen they have a vocalist who is more than up to the task. Widen's phrasing, tone and emotive vocals sit atop Wallman, Muenchow and Vega's backdrops of grainy groove like cream on a razor blade, the frontman's distinctive tones having a gritty smoothness that belies their power and gives songs like "Rosebud", "Aurora","Metatron" and the afomentioned "Ex Nihilo (Genesis)" a soulful gravitas you might not usually expect from music pitched towards the heavier end of the rock spectrum. 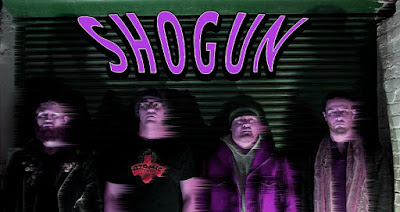 So has "Infintet" delivered on the promise of Shogun's debut EP or has the band taken a backward step with the more aggressive and doomic dynamics of their new album? Well after repeated spins and living with "Infintet" for a while now Desert Psychlist can categorically state that where we described "Shogun EP" as a "little special", "Infinitet" is HUGELY special!
Check it out …..