Øresund Space Collective have been making albums and touring their improvised space rock/ heavy psych grooves since 2006, the band an ever changing collection of musicians from across Europe and the United States have to date released twenty nine albums. Strangely, given Desert Psychlist's love for lysergic tinted grooves of a more out there nature and the fact that we own or have heard a good few of those albums, this in the moment  recording, "Live In Berlin 2018", is the first of their releases we have reviewed. 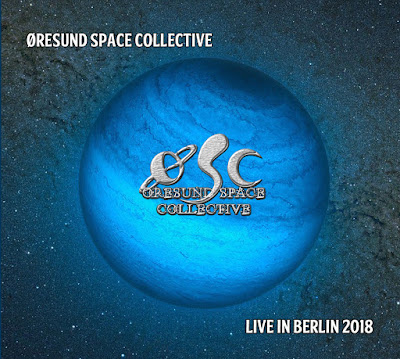 Those familiar with ØSC will already know to expect music that could go in any direction at anytime, a music with a liquid like structure that, like the water running down Jeff Goldblum;s hand when trying to explain Chaos Theory in the first Jurassic Park movie, finds its own path regardless of its original source or expected outcome. Those coming to ØSC for the first time may find the prospect of improvised music that is reliant on the whims and moods of the musicians involved a little daunting and overwhelming but fear not you ØSC virgins as although this collective regularly reach out and touch the outer edges of musical form and structure they never linger there long, dragged back as much by their need to lock into a groove as their need to explore and experiment. 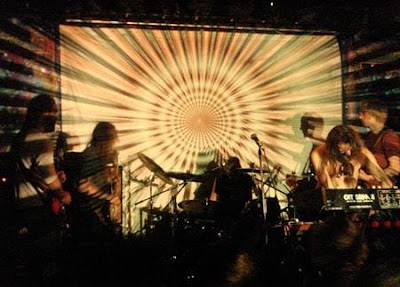 If your already a fan of ØSC then "Live In Berlin 2018" will reaffirm your reasons for loving what these guys do, if your a newbie to the band then this is as good an album as any to start your love affair.
Check it out ….