From the outside it may look like Desert Psychlist is entering September on some sort of South/Central American mission, this is not by design just the result of a series of stunning releases simultaneously hitting our desks from that part of the world.
The latest Latin American tome to present itself at StonerKing Towers comes from an Argentinian three piece going by the name Crua-Chan, the Buenos Aries based band, consisting of Christian Garis (drums), Jorge Patiño (bass/vocals) and David Dos (guitar/vocals), take their influences from a wide spectrum of rocks elite and the underground's cult heroes, influences that range from Alice In Chains and Los Natas to Mastodon and Megadeth, however despite those influences the band have settled on a sound that is very much their own as can be heard on the bands self-titled debut "Crua-Chan". 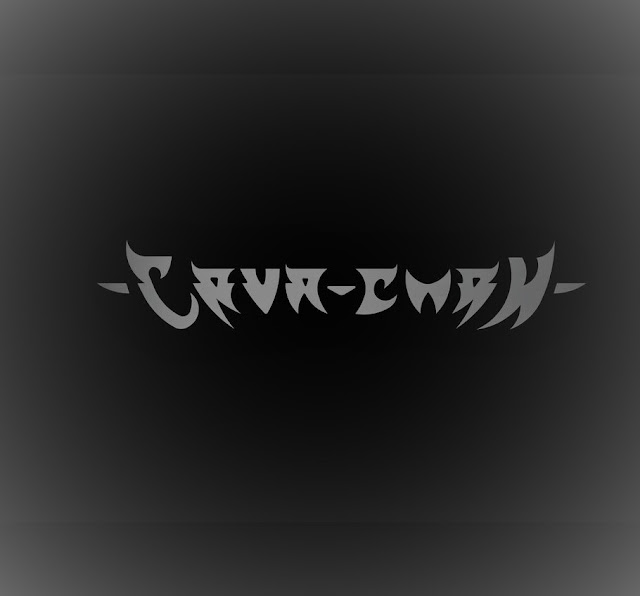 As a non Spanish speaking reviewer Desert Psychlist has no knowledge of what themes or subject matter Crua-Chan cover on the seven tracks presented here, but that no way detracts from their impact. Let's be honest, half the time we who frequent the musical recesses of rock's underground can't understand many of the lyrics we come across even when they are in English so the fact that Crua-Chan's lyrics are sang in their native tongue should not be a problem, at the end of the day all that matters is the tone and the vibe. Those tones are perfectly executed throughout "Crua-Chan" and are delivered with throaty gusto against a backdrop of heavy blackened stoner metal that has a huge emphasis on rhythm. Christian Garis drives Crua-Chan's grooves with an incredible display of percussive might, ably supported by Jorge Patiño's grizzled, growling bass lines, David Dos layering the combined results with a mixture of dark doomic power chords, searing psychedelic solo's and complex neo-classical shredding. 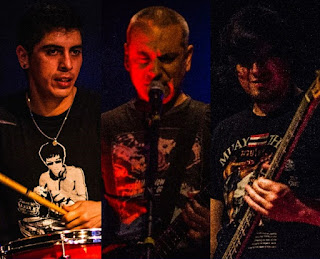 "Crua-Chan" is a dark forceful collection of songs and grooves that, whether you speak Spanish or not, have a drive and sonic impact that is hard to ignore. The bands sound, although sitting on the stoner side of the metal spectrum, has a blackened edge that could well appeal to those with harsher, more extreme tastes.
Check it out …..
© 2018 Frazer Jones
Posted by Desert Psychlist at 13:58