Classic Rock magazine, that venerable monthly tome covering all aspects of rock from surf to stoner, described Skunk's debut album "Doubleblind as "what happens if you raise your kids on Grand Funk, 8-tracks and weed smoke".so with this writer coming from a similar background a review of said album seemed like a match made in heaven. 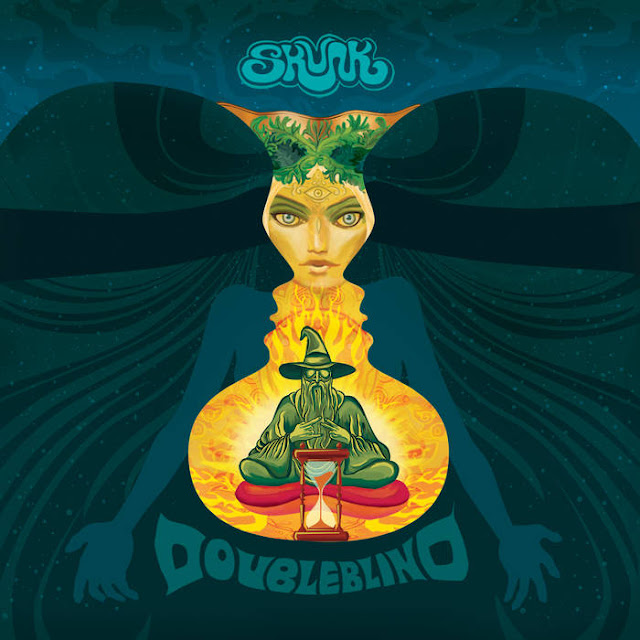 Skunk, John McKelvy (Vocals), Dmitri Mavra (Guitar), Erik Pearson (Guitar), Matt Knoth (Bass) and Jordan Ruyle (Drums), hail from Oakland, California and jam grooves heavily influenced by the likes of Buffalo, Truth & Janey, Cactus and Sir Lord Baltimore as well as all the usual 70's suspects such as Sabbath and Zeppelin. Skunk take these influences, born from a time when the blues was gradually making a transition into something harder and heavier, and mix them in with elements of  00's stoner/psych, creating a sound that, although not exactly groundbreaking, is nonetheless highly infectious and totally enjoyable. 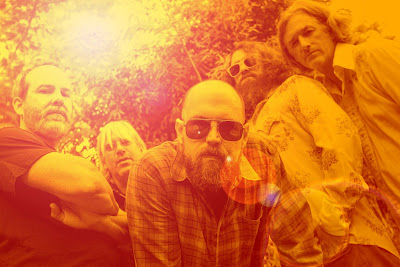 "Doubleblind" is an album that delivers on all levels with Skunk serving up, over the course of eight gloriously addictive songs, wave upon wave of crunching proto-metal riffage pushed into overdrive by big booming bass lines and powerful solid percussion. The band's slightly blues tinted grooves, injected with scorching solo guitar interludes and coated in unique,helium toned vocal colourings, will be  "manna from heaven" for anyone who thought listening to Grand Funk on an eight track cassette while puffing on something herbal was as good as it would ever get
Check it out.......