There are those that think "the blues" has no place in today's music scene seeing it as a genre that has passed well by its sell by date, a genre that peaked in the 70's, a time when British musicians re-packaged the blues, channelling those melancholy grooves through stacks of Marshall amps and basically selling the results back to the place of its birth. "The blues" though is a resilient old bird and she won't let go without a fight, her leathery, calloused fingertips clawing their way into all aspects of music from pop to black metal, she refuses to just curl up and die.
The latest band to be seduced by her tear stained visage and mournful embrace are Newcastle-on-Tyne trio Cave Suns, three guys who coat delta inspired grooves with elements of psych and stoner creating a sound that sits somewhere between the Doors and All Them Witches, a sound that can be witnessed on their two track EP "Canned Howl". 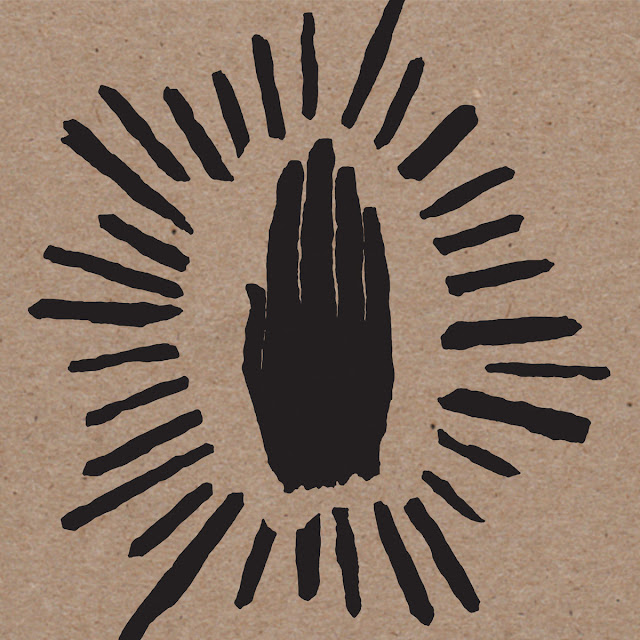 First track "Canning A Howl" sees Cave Suns flaunting their blues credentials in a song that references every form of the blues known to man and then some. Kit Endean (Guitar / Vocals), Mike Hill (Bass / Vocals) and Ewan McLaughlin (Drums / Vocals) effortlessly shift between bar room shuffles, heavy blues bluster and out-there psychedelic flights of fancy, taking the music on cosmic journey's to places it never knew existed until it arrived there.. Hill and McLaughlin hold down the percussion and bottom end perfectly, tight and solid on the more rockier moments, loose and fluid when the dynamic gets a little lysergic, the pair perfectly complimenting each other allowing Endean's guitar the freedom to roam. Endean  lays down  a swathe of  six-string colouring, soaring over Hill and McLaughlin's rhythmic pulses, his guitar screaming banshee-like one minute, laid back and dripping with reverb the next, his immense tones recalling those of blues rock icon Robin Trower in places. The guitarist also supplies the majority of vocals , his Geordie twang bringing a bluesy grittiness to the table, a grittiness that enhances those blues credentials and gives the listener a feeling that your listening to something rooted in the past but very much of the now.
"Black North Sea Coast" begins moody and sullen, coloured with a hint of Led Zeppelin's "No Quarter" in it's intro, slowly building layer on atmospheric layer via choir-like vocal harmonies, laid back percussion, liquid bass lines and dark chordal colouring. Like a plant shoot filmed on a time lapse camera the song gradually branches out growing darker, heavier and more atmospheric with each passing minute finally coming into bloom when Endear's warm vocal appears at around the halfway mark.  Cryptic lyrics, telling of "A heart made of wood, only mahogany would dry and splinter like waves", are sung majestically over a backdrop echoing guitar textures superbly backed by McLaughlin and Hill's sympathetic and diverse array of rhythmic pulses. As the vocals fade into the ether the songs groove shifts into freefall with the band hitting a Zeppelin -esque heavy blues groove around which Endean peels off scorching solo's and jazzy chords before finally bowing out on wave of electronic noise, stunning!
Heavy (in the old sense) and way out there, Cave Suns reinvigorate the blues with their sonic excursions, bringing it up to date and once again relevant. There's an old lady out there somewhere with calloused hands and rheumy eyes smiling.
Check it out .....