Commoner, Mik (guitar/lead vocals); Si (bass//backing vocals); Matt (guitar) and Al (drums), are a collective of like-minded musicians, based in Norwich, UK whose grooves reside at the crustier end of the stoner rock and doom spectrums or as they like to call it "downtrodden crust doom rock". How long the band have been together or how they came together is a bit of a mystery as the bands social media presence is pretty minimal, (which would suggest that they are a fairly new concern), what they do have however is a Bandcamp page and on that page you can find the bands debut release "I", a collection of gnarly riff heavy tomes tinted with elements of doom, metal and stoner rock underscored with an aggressive punkish edge. 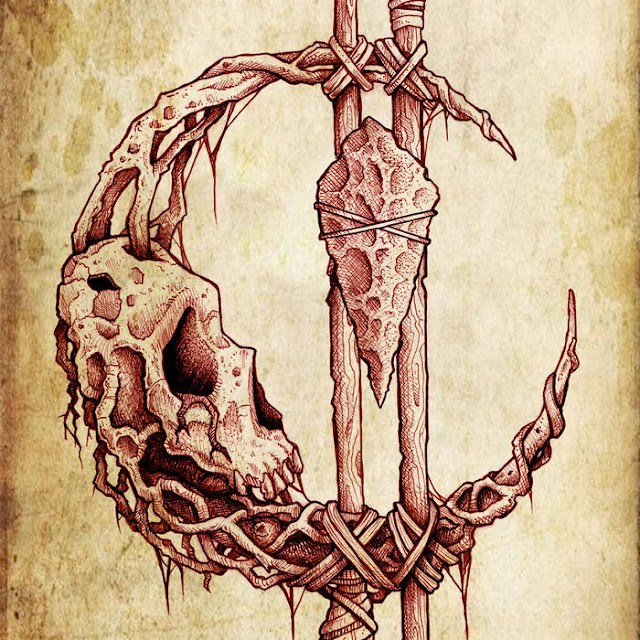 "I" opens its account with "Mutant Resistance" a gritty instrumental driven by thunderous drumming and growling bottom end over which the guitarists layer a  mixture of crunching power chords and dual guitar motifs, it is a track that only lasts for just under two minutes but those minutes set the mood for the rest of the album. Next up is "Electric Opiate" and here we get our first taste of what the band sound like with vocals added to the mix, and what they sound like is angry! Mik's vocals are big, loud and possess an untamed shoutiness which when combined with Si's equally  raw backing tones give the bands already aggressive sound an even more confrontational and up in your face vibe. Let's not fall into the trap however of thinking that Commoner's music is a a full on attack on the senses, a relentless tsunami of aggression and malevolence, because it is not, there are subtleties and nuances to be found throughout the six songs that make up "I". On songs like "Wytchlycker"," Saint Tyrant" and "N13/Headwound" the band inject elements as diverse as Celtic tinted guitar harmonies, bluesy wah drenched lead work and even some folk flavoured acoustic picking into their blustering metallic onslaughts and in doing so give their raucous grooves a much more rounded dynamic. 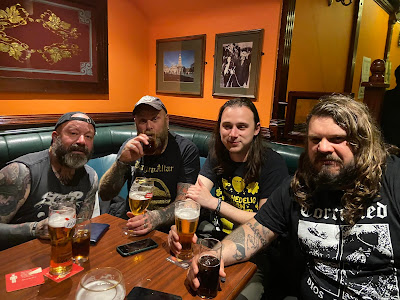 "I" is at its roots a blend of stonerized metal and proto-doom which in itself is not an unusual combination but what Commoner have done a little differently is rough up the edges of those two particular genre's and tack on to those edges elements of punkish raucousness and battle-metal bluster and in doing so have created a much more interesting musical beast.
Check 'em out ....
© 2022 Frazer Jones
Posted by Desert Psychlist at 02:11