Melbourne, Australia's Motherslug have been knocking around for a while now and although they have always put out quality releases they have never, in Desert Psychlist's opinion, really been given the kudos they deserve, maybe its because they haven't promoted themselves hard enough, haven't shaken the right hands or made the right connections or maybe its simply because they are situated on the other side of the world and find themselves a little isolated from everything going on.in the rest of the world. Whatever the reasons may be Motherslug deserve more recognition for what they do than they are currently getting and their new release "Blood Moon Blues" might just be the album to get them that recognition. 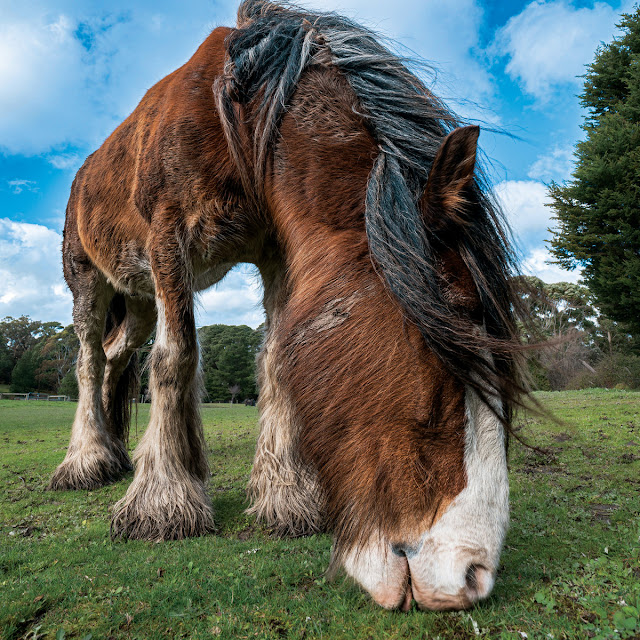 "Misery" opens Motherslug's latest opus and if ever there was a less apt title for a song then this is it, the song is brief but beautiful and consists of gently picked acoustic guitars combining on a piece that has an almost medieval vibe, if this is misery then Desert Psychlist says bring it on. Things get back to some semblance of Motherslug like normality with "Hordes" but even here the listener will notice some subtle differences in the bands sound, the band have always had a penchant for heaviness but here they take things to whole other plane with distortion and fuzz levels dialled to eleven and vocals mixing it up between gritty growls, bear-like roars and throaty harshness while all the time trying to compete with a drummer who wants to topple tall buildings with the power of his rhythms. "Breathe" follows and although doesn't compromise on intensity and heaviness does jam a more stoner/desert like groove albeit one that'll cause your bones to rattle with its deep booming bottom end and thunderous drumming. "The Ballad of Jock Brown" is up next and opens its account with vocalist Cam Crichton crooning in a deep southern drawl over a languid backdrop that has a kind of Doors feel but without the keyboards, the songs builds slowly like this for a few minutes but then suddenly erupts into a mind-blowing heavy blues groove anchored down by Cyn Bae's growling bass and Nick Rad's drums and given wings by Regan Batley's scorching guitar work with Crichton's vocal shift from a drawl to a gritty roar being the cherry on the cake. "Evil" has a Clutch like feel to it in places but also boasts a very un-Clutch like psych drenched middle section while "Crank" packs everything from southern bluesy rock to crunching stoner metal and doom into its short three minutes plus duration. "Monolith" lives up to its name by being a thick slab of heavy stoner groove infused with all manner of  ear catching hooks and leads up to what is probably Desert Psychlist's favourite track of the album "Forever More" a scintillating shape shifting blend of stoner doom and heavy psych decorated in an astounding array of vocal tones that just delights at every turn. For next track "Push the Venom" Motherslug don their desert punk hats for a furious and highly enjoyable raucous romp while "Deep In The Hole" sounds like something Alice Cooper might attempt if he was back on the drink and drugs. Penultimate track "You (a love song)" is not exactly the type of song you might pick for your first wedding dance, unless of course your marrying the corpse of your recently departed fiancée, but it does have a strange eerie beauty thanks in main to Batley's jaw-dropping guitar solos. Motherslug bring things to a close with "Misery (a slight return)" a reprisal of the opening track but this time with an added vocal, its morbid lyrics going someway to answering why the song got its title in the first place. 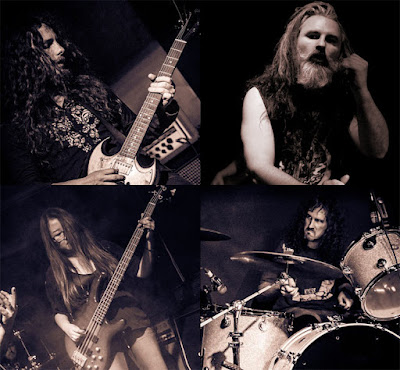 As we stated in the opening piece to this review Motherslug are a band who deserve more love for what they do, and for that matter what they have done in the past, and "Blood Moon Blues" is the album that in our opinion will bring them that love. This is an album that wears many hats, elements of stoner metal, doom, the blues and southern rock can all be found on this fantastic release yet not once does it sound as if the band are paying lip service to those genres instead they mould, meld and blend those elements into something new and exiting and in doing so create a sound that carries traces of familiarity yet retains its own unique signature.
Check 'em out .....

Posted by Desert Psychlist at 11:28