Argentinian trio Inferous really turned heads with the release of their 2020 album "Somos la Noche" a release that garnered rave reviews from many quarters, its mix of heavy psych and stoner metal decorated in strong powerful vocals (sang in the bands native tongue of Spanish ) prompting Stoner Hive's Joop Konraad to dub it "a wild ride into the night" and La Habitación 235's  Ruben Herrera to call it "intense in its sounds, sharp in its riffs". The band are about to spin  heads once again only this time with a three song EP entitled "Doperider". 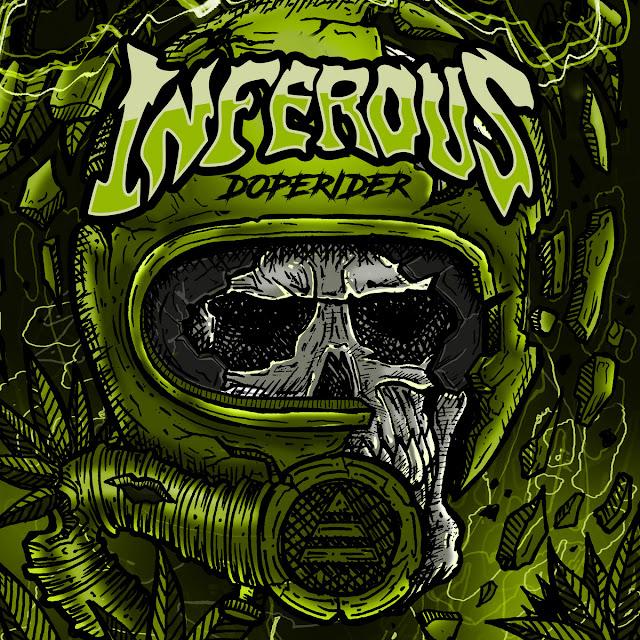 "Doperider" begins its three track life with "Logan's Run" an untypical Inferous instrumental awash with synthesised textures and colours, the resulting sound reminiscent of the sounds early Tangerine Dream experimented with in the 70's, it is a piece not unpleasant or uninteresting just a little unexpected. Inferous get back to their usual blend of stoner metal and heavy psych with two absolute belters "La Pared" and "Mentiras" and Desert Psychlist's first thoughts on hearing these two excellent barn burners is that Inferous really need to work out a sponsorship deal with the companies that supply their guitar pedals because this band use them to their maximum effect, the distortion and fuzz decorating these superb songs has an almost tangible quality, you don't just hear those effects emanating from their amps you can actually feel them! Our second thought is how well they structure their music by constantly shifting up and down the gears and taking off on weird and wonderful  tangents so has to never find themselves trapped in a musical rut they will struggle to escape from, breathing new life into their jams at every turn. If that isn't enough to get your juices flowing then the clean vocals, sat at just the perfect point in the mix, will have you reaching for a tissue to mop up all your various discharges. If there is a complaint you can point at this little gem of an EP it is that at only three songs it leaves you feeling a little cheated and in desperate need of more. 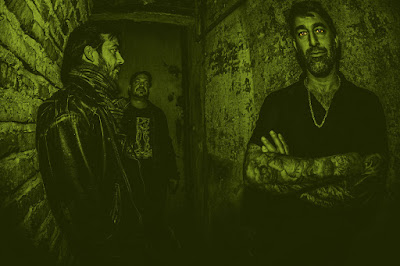 Gnarly edged stoner metal shot through with elements of swirling heavy psych and decorated in ultra-cool vocal tones is what Inferous bring to the table with "Doperider" and it is a table you will want to, no you will need to, be sat at.
Check it out ....
© 2022 frazer Jones
Posted by Desert Psychlist at 07:49