Blending genres is an art in itself and when those genres include grunge, stoner metal and doom well it takes a special band to pull it off. Grunge is a genre that tends to polarize opinion, there are many who will quite happily listen to stoner metal and dank dark doom yet will just not entertain anything associated with the word "grunge" often citing it as being a self-loathing and depressing music, which is ironic in a way as some of the best metal and doom ever recorded has come from a place of bleakness and sorrow. As we said earlier it takes a special band to build a bridge between genres and successfully blend them together so that the resulting mix will appeal to fans of each camp and in Desert Psychlist's humble opinion Illinois quintet Gamma Goat are such a band, something their latest album "Interlude" will more than attest to. 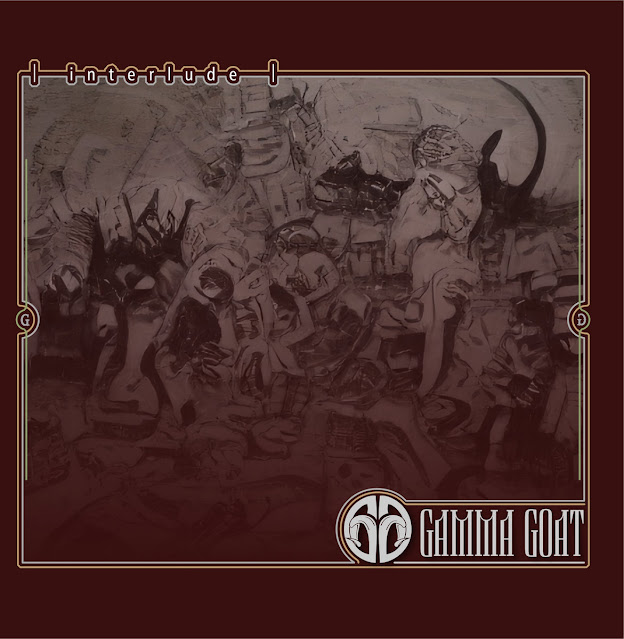 Things start off a little weird with the brief intro piece "Prelude" but then get really interesting with "Get In The Trough" a song that perfectly exemplifies Gamma Goat's penchant for mashing up grunge/alt-rock with doom and metal, the song boasting thick swathes of low tuned riffage underpinned by pummelling percussion over which the vocals are a trade off between bear-like growls. anguished screams and clean mellow croons before the song finally signs off on a wave of screaming feedback. "Sea of Flies". follows and is an absolute MONSTER of a song that jams a doom flavoured groove but decorates that groove with a a vocal melody that utilizes a mixture quiet/loud/quiet dynamics and Chris Cornell-like vocal pyrotechnics as well as including a lysergic mid-section over which spoken narrative tells of "valleys of the moon" and "desert plains" before erupting into a maelstrom of squealing guitar motifs and thundering rhythms.to take it to its finale. This is followed by "Interlude I" another brief experimental piece that leads into ""An Offering" an ever shifting blend of strutting grunge/alt-rock and stoner metal around which an array of vocal stylings are employed. "Drying Up The Bones" is up next a spitting spluttering full on metal/grunge hybrid that borrows flavours from both Soundgarden and Alice In Chains but comes out sounding pure Gamma Goat. "Interlude II" comes and goes in just under 39 seconds and opens the way for final number "Underwrath" a song that finds the band channelling the spirit of all of grunge's finest bands in one superb musical piece while at the same time adding into that mix their own signature stoner fuzz and metallic bluster. 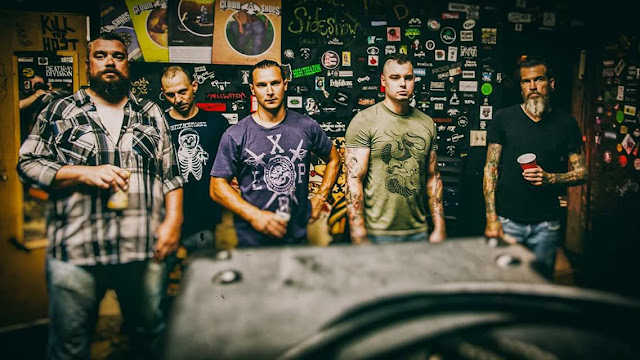 After the deaths of  Kurt Cobain, Scott Wieland and Chris Cornell grunge/alt-rock as a genre found itself somewhat adrift of what was going on around it, it was a genre in dire need of a reboot. Gamma Goat's "Interlude" may not be the album that will lift grunge to the heights it attained in the 90's but by injecting elements of stoner metal fuzz, doom-ic dankness and heavy psych into the genre's ailing veins the band have certainly given it another lease of life.
Check it out....
© 2022 Frazer Jones
Posted by Desert Psychlist at 12:37