Colombia is a country that rarely gets a mention when discussing underground rock music emanating from the Southern American continent, whether this is because the structures needed to promote Colombian underground rock to a wider international audience are just not in place or its simply a case of there being a dearth of bands playing this type of music in Colombia, Desert Psychlist doesn't know. What we can tell you however is that if there is one band who could change that state of affairs and firmly plant Colombia's flag on the international map then it has to be Bogotá four piece Samàn.
Samàn, Iván Rodríguez (vocals, guitar, keyboards); Santiago Mora (guitar); José González (bass) and Ricardo Silva (drums), will already be known to those that invested time and/or money in their 2017 EP " La Caída del Ancestro", a pummelling blend of stoner metal bluster and doomic dankness shot through with elements of old school heavy metal and heavy psych, but even those familiar with the band will not be prepared for what they are about to hear via the bands debut full length album "II, Montaña Roja" 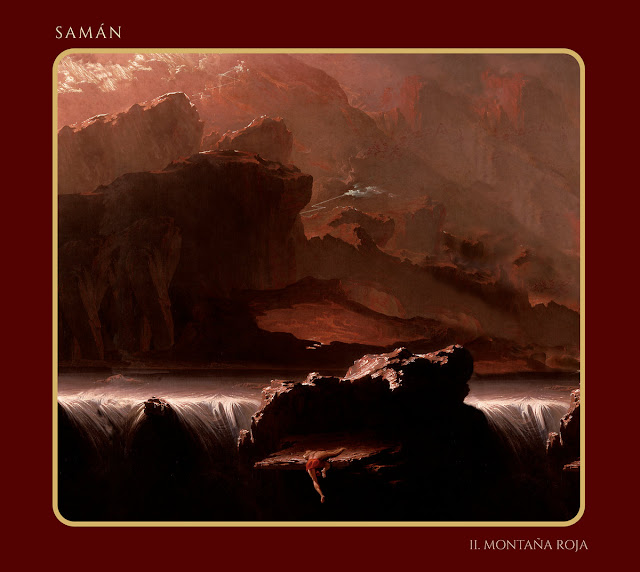 If a finger of criticism could be pointed at Samàn's debut EP "La Caída del Ancestro" it would be that the vocals sat a tad too high in the mix however that criticism is one that cannot be applied to "II, Montaña Roja", here the vocals sit further back in the mix a development that has seen the occasional harshness of those vocals becoming tempered slightly and thus making for a much more enjoyable listen. Another development that makes a huge difference to Samàn's overall sound is the introduction of keyboards something that adds extra texture and colour to their compositions and allows them the extra space to fly. From the very first moment of hearing the instrumental opener "Montaña Roja (parte uno)" you will think you are listening to a completely different band to the one that made "La Caída del Ancestro", here we have a sound that ebbs and flows with a majestic fluidity that has in parts a Colour Haze(ish) vibe, González's deep liquid bass and Silva's mix of restrained and thunderous percussion holding down a foundation of groove around which Rodríguez and Mora layer swathes of tasteful keyboard and guitar textures that even when things do get a little heavy and raucous retain their flow and clarity. Vocals enter the fray for next track "El sueño" and you are immediately struck by how much difference shifting vocals slightly back in the mix can make to a bands overall sonic impact, the songs vocal interplay (sang in Spanish) that shifts between clean mellow and harmonious and harsh and guttural feels organic and natural and sits within its backdrop of raucous crunching riffage and punchy pummelling rhythms perfectly while following track "Camino a la piedra" twins Samàn's love of the lysergic with their love of a few good riffs, the song routinely swapping back and forth between languid and loose and blustering and tight, seamlessly shifting between these two dynamics without ever once losing a grip of its groove, the song also boasts a great vocal and some searing guitar work.
And so it goes on through "Alba", "En el siguiente valle", "A las puertas", "Tierra muerta"and "Cumbre" to closing song "Montaña Roja (parte dos)" the band blending the sort of lysergic heavy psych that has become the hallmark of bands like Colour Haze, My Brother the Wind and Sungrazer with the blustering heaviness of bands like Dopelord, IAH and in some respects Elder yet managing to still come out the other side with their own unique signature sound. 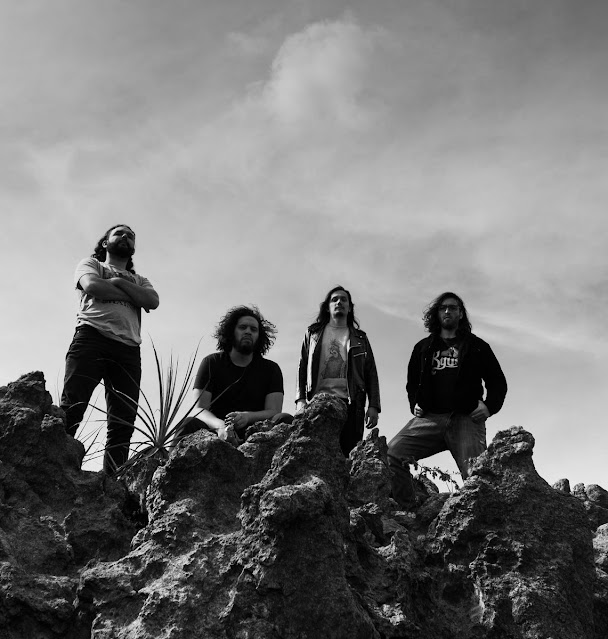 Not one guitar note, drum beat, keyboard flourish, bass run or vocal inflection is wasted on "II, Montaña Roja" each merits its place in the whole and each combines to make that whole something  quite special AND essential!
Check it out!
© 2022 Frazer Jones
Posted by Desert Psychlist at 07:47