We have all seen those statements on the rock orientated pages of "All Hail The Riff", "Praise The Riff" and the one we use on these very pages "Oh The Power Of The Riff", so what is it about the riff/refrain ,basically a repeated notes or chords strung together, that can be the difference between something meh or awesome? The best answer Desert Psychlist could find comes not from a hardened rock'n'roller but from country musician Dwight Yoakam who says "To me, the hook of the riff is what makes a great guitar recording. It's the backbone of the whole song. When you have a strong riff, it's the rocket fuel for the track."

Cincinnati's Valley of the Sun must be, given Yoakam's description, splitting their time between playing music and working part time for NASA as their latest album "Old Gods" (Fuzzorama Records) has enough of that riff related rocket fuel to circumnavigate not only the Earth but the whole damn Solar System! 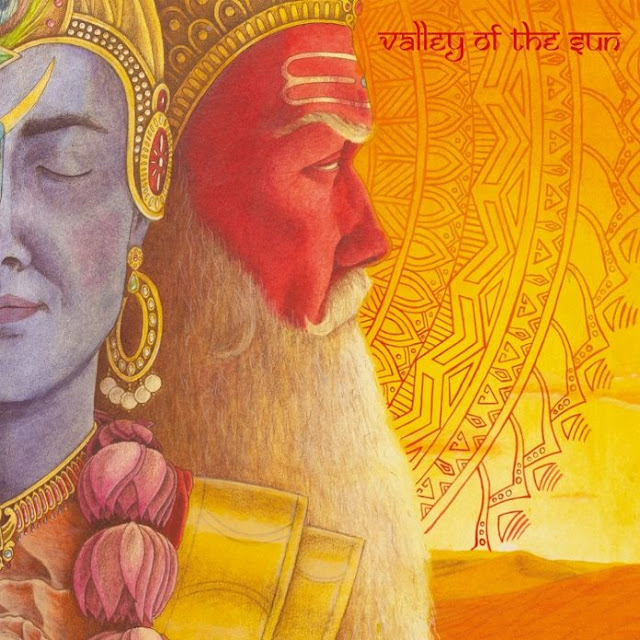 Ok we have already established that Valley of the Sun have the riffs but a band needs more than a few chunky refrains if its going to make its mark in a world where chunky refrains can almost be plucked from the air. Thankfully there is more to Valley of the Sun than just the gravity of their riffage, these guys have real songs with clever structures, strong melodies and an undeniable level of groove.

Title track "Old Gods" begins with an ambient guitar motif accompanied by a pounding drum beat that slowly builds in volume and power until the rest of the band come in and the track explodes into a monstrous growling groove driven by drummer Aaron Boyer's solid incessant percussion and Chris Sweeney's growling bass lines the pair laying down a humongous strutting groove that is then taken to an altogether other level by Ryan Ferrier's and Josh Pilot's thick, dense guitar tones. Ferrier also supplies Valley of the Sun's vocals and he is a vocalist of rare quality, his mix of dulcet grunginess and rock god roar bringing an almost classic rock feel to the song. Although blessed with a deliciously heavy groove the title track does not define what the rest of the album sounds like and what resonates most while listening to "Old Gods" is its diversity, Valley of the Sun are not a band content to live off the power of their riffs no matter how thick and addictive those riffs are, they have many more irons in their fire than that.  Among those songs that are driven by crunching guitars and thrumming rhythms, such as  "Firewalker", "Dim Vision" and "Means The Same", are scattered  three brief instrumental gems, "Gaia Creates", "Shiva Destroys" and "Buddha Transcends", three tunes that have an eastern devotional feel and are the perfect foil for VotS's more hard rocking and abrasive elements. Along with these forays into more experimental and lysergic areas the band also dangle their feet into other rock styles and grooves, throwing in some desert flavoured swagger into the Fu Manchu(ish) "All We Are" and getting down and grungy with the excellent "Dreams of Sand" a song that closes "Old Gods" in a wave of Seattle flavoured groove that finds the band mixing Nirvana like quiet/loud/quiet dynamics with the blustering attack of their fellow grunge/alt.rock acolytes Soundgarden. 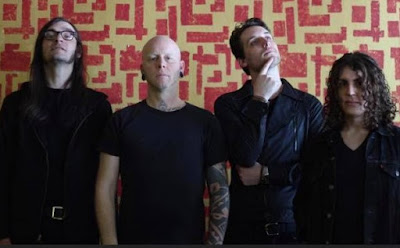 Valley of the Sun have taken a huge gamble with "Old Gods", the band could have easily made another "The Sayings of the Sage" and it would of still turned heads and had jaws gaping, but they didn't and their brave gamble of expanding their sound into other sonic areas has paid off in spades.
Check it out …..